6 December is the anniversary of New Order playing our New Cavendish Street site. The 6th December 2018 was, in fact, the 33rd anniversary, which seems appropriate given the musical relevance of 33 1/3 RPM. 1985 marked the midpoint of a curious and eclectic musical decade.

On one level the era of Phil Collins and Paul Young, of Band Aid and Bryan Adams, of Stock Aitken & Waterman and Stars on 45. However, outside of this superficial view, the period was an amazingly diverse one. The beginning of the decade saw the end of the post-punk and new wave period, the emergence of the much maligned new romantic scene and the critically acclaimed two tone movement. At the same time, rap music began to enter the mainstream and later came the House Sound of Chicago and stirrings from Detroit, the second summer of love and the high water mark of rave culture, with the end of the decade seeing guitar music enter centre stage again through the rise of grunge. Seminal albums were released throughout that still stand the test of time.

For New Order, 1985 was the year of Lowlife, the Festival of the Tenth Summer. Formed in 1980 from the ashes of Joy Division after the untimely death of Ian Curtis, New Order were a groundbreaking band. Signed to Factory Records, and very much the Factory band, the group had by this point released three critically acclaimed albums and a batch of unassailable singles, including Ceremony (a Joy Division song, and the first New Order single neatly segueing past and future), Temptation (the first dance infused glimpse of what was to come) and the groundbreaking Blue Monday (allegedly the best selling 12" single of the time, but which lost money due to the technical aesthetic requirements of its sleeve).

The gig itself consisted of ten songs – with the only ‘hit’ performed being The Perfect Kiss. Neither Joy Division nor New Order deigned to place a single on any of their albums until Perfect Kiss appeared on Lowlife although the opener Atmosphere had appeared as a 12" single. The set list covers material from all of their albums that had been released up to that point. The track Procession appeared on the New Order Retro boxset released in 2002.

Interestingly the soundcheck, which can be found online with careful searching, shows the band performing material they did not play that evening including She’s Lost Control from the Joy Division debut Unknown Pleasures, an instrumental of the timeless Love Will Tear Us apart and a very early version of Bizarre Love Triangle which was not to formally appear until 1986.

It was a positive and uplifting event, 60 people turned up on a cold lunchtime to remember the gig and hear it recreated, new friendships were made and much positive momentum created towards future events.

Download the New Order fanzine created by Matt Sidebottom of the University of Westminster Design team.

This event was featured in the Law, Society and Culture December News. 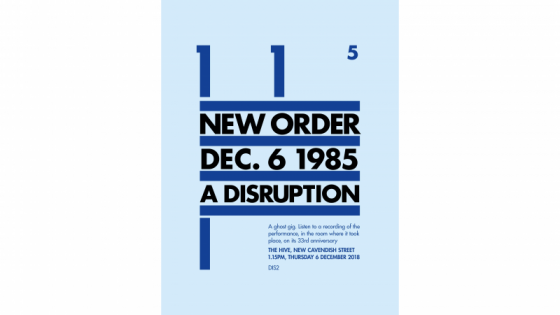 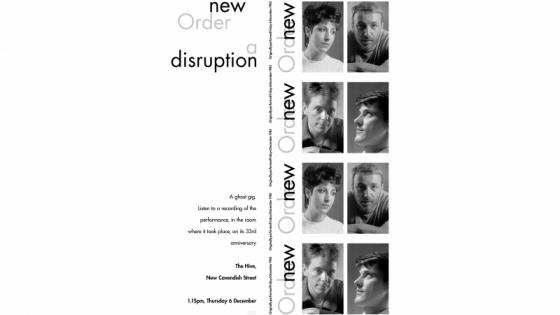 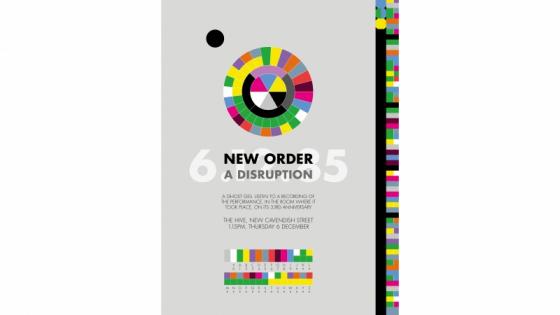 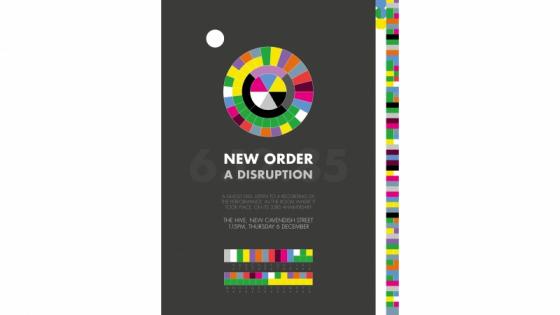 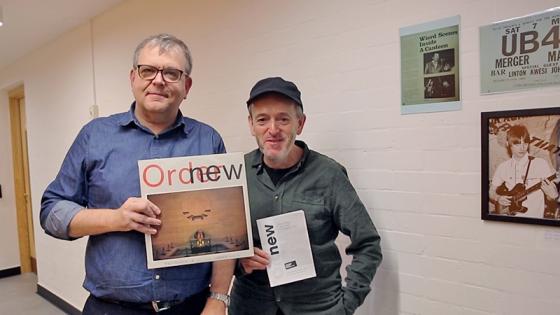 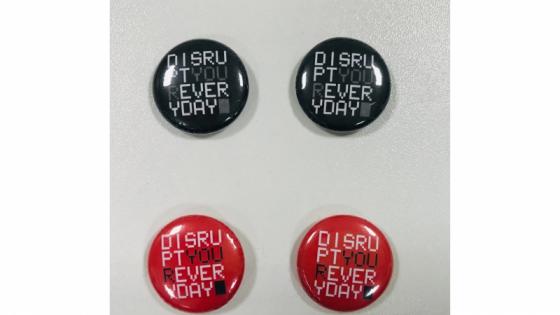 See the range of publications relating to the Centre for Law, Society and Popular Culture.

Find out about the range of activities that we carry out in the Centre for Law, Society and Popular Culture.

Read about the Centre for Law, Society and Popular Culture's academic staff and up-to-date details of our research outputs.