The Rendition ProjectGo to The Rendition Project site is a collaborative research project between the Universities of Westminster and Kent, funded by the Economic and Social Research Council and accredited under its Global Uncertainties programme. It has also received external funding from The Freedom of the Press Foundation. 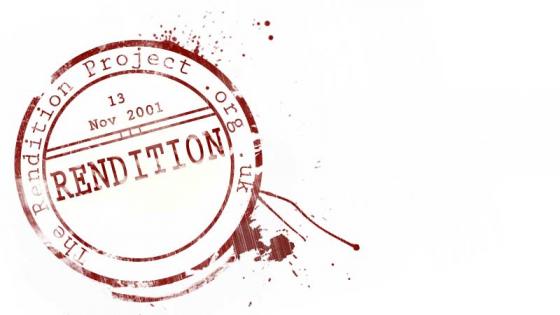 The Rendition Project is at the forefront of efforts to investigate the use of rendition, secret detention and torture by the CIA and its allies in the "war on terror". It represents a unique collaboration between academics, human rights investigators and legal teams, and is designed to bring academic expertise to bear in order to expose and understand the CIA’s torture programme. The Guardian has described the project as ‘a ground-breaking research project which sheds unprecedented light on one of the most controversial secret operations of recent years.’

Since the publication of part of the Senate Select Committee on Intelligence report into CIA torture in December 2014, we have worked closely with the Bureau of Investigative Journalism to uncover exactly what happened to those held by the CIA, and how the programme operated.

We are committed to open access for our data and analysis, and have created a series of interactives on our website which allow users to understand what happened to each CIA prisoner, and how CIA aircraft connected the secret prisons around the globe. Some of our findings have also been published in open access form in the International Journal of Human Rights, and in a series of investigative reports.

The role of community-based initiatives in energy saving

This three-and-a-half year project aims to make a significant contribution to our understanding of the role that community-based initiatives can play in fostering net energy savings in UK households.

Read about our research themes.