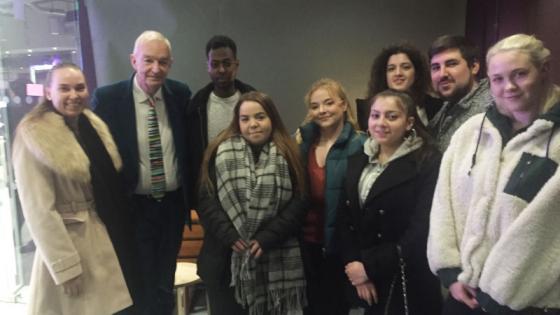 Snow briefly spoke with students about his career and the challenges he has faced in the field. Students were able to ask him questions and he told stories of his time reporting abroad and on national news such as the Grenfell Tower fire.

The students then watched the rehearsal from the studio and subsequent recording of the weather report from the gallery, after which they talked to Liam Dutton, the Channel 4 Weather Presenter, who discussed his career journey to Channel 4 and gave them advice on how to achieve their goals.

The students were then allowed to explore the studio, interact with the green screen weather map and take pictures of the set. Afterwards, they watched the rehearsal of the 6pm news programme and then the hour-long live broadcast from a meeting room in the offices.

The trip was made possible with the help of John Mair from the Media Society, who has previously worked with Channel 4 and the BBC and has lectured at the University in the past.

Daniel Taylor, a Journalism BA Honours student who went on the trip, said: “Listening to Jon share his experiences was fascinating and watching Liam do his work was really insightful – it almost makes me consider a slight career path change.”

Students from the course have also visited CNN in London and met with Christiane Amanpour, the Chief International Anchor for CNN and host of the nightly interview program ‘Amanpour’. They were able to visit the newsroom through Madalena Araújo, an alumna of the course, who now works as a Senior Producer on the show.

Other visits the students have taken include the Daily Mail newsroom, where they spoke to Geordie Greig, Editor of the Daily Mail, and to the newsrooms of The Independent and The Telegraph. They also have upcoming visits to The Guardian, Sky News and Sky Sports.

Dr Anastasia Denisova, Course Leader of the Journalism BA Honours course, said: “As a London university, we are lucky to be in close proximity of the leading media organisations in the country. We cherish our network of contacts – so that we can provide students with an unforgettable experience of visiting coveted newsrooms. Nothing inspires one to pursue a career in TV news more than a chat with Jon Snow and his esteemed colleagues - editors, reporters and producers. We are always grateful for their time and advice – and being role models for our students on BA Journalism course”.

Jim McClellan, Assistant Head of the School of Media and Communications, who organised the visits, said: “One thing we try to do on the Journalism course is help our final year students feel ready to find work in journalism and the media. Giving them the chance to visit high profile news organisations is all part of this. We’re in a really good position to make this happen for students, in part because we’re in London, but also because we have so many BA Journalism alumni working at well-known media organisations.

“It’s been great for our students to be able go to the offices of C4 News, CNN, The Standard and others and meet and talk to journalists like Jon Snow and Christiane Amanpour, to hear them reflect about the kinds of ethical dilemmas and political challenges we talk about in the classroom.” 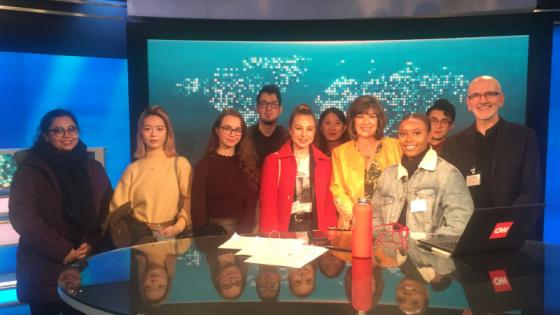 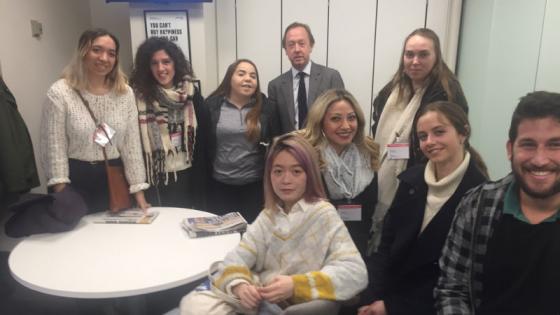 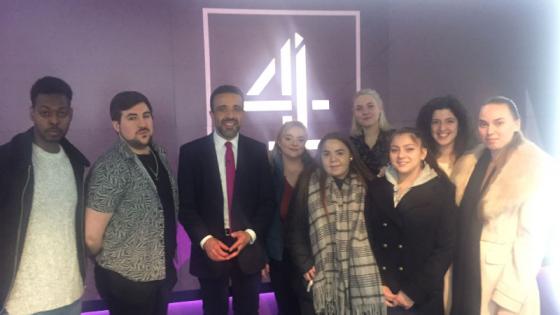 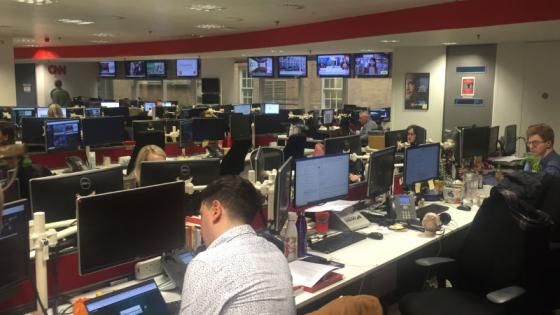 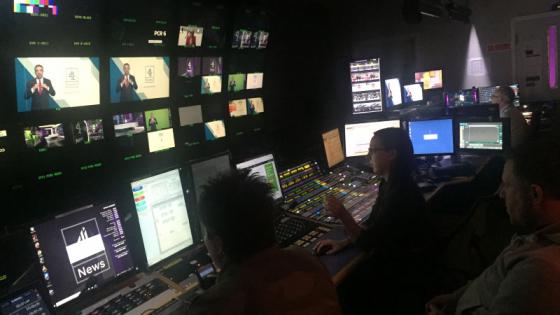 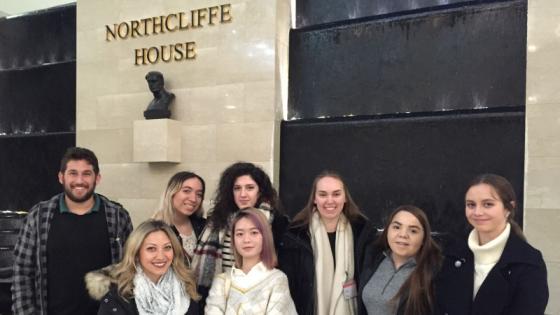 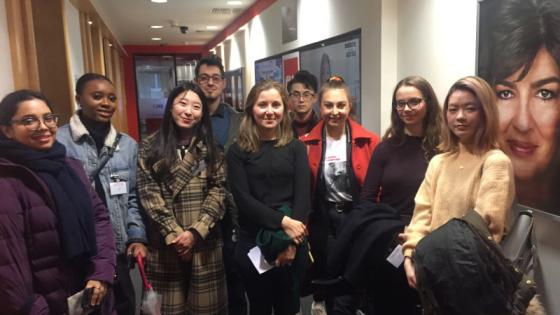