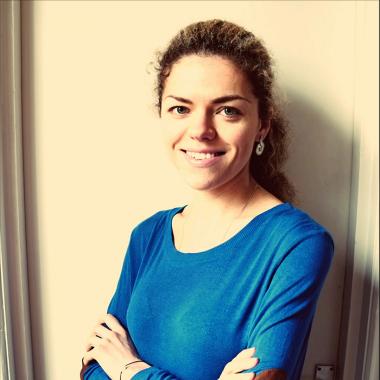 Anastasia Denisova is a Senior Lecturer in Journalism at CAMRI, University of Westminster. Before starting her academic career, she worked as a journalist in Russia for over a decade in the capacity of television news editor and reporter for NTV Broadcasting company, editor at Aeroflot Inflight magazine, and a freelance reporter and columnist for GEO, Conde Nast Traveler, Vogue, Marie Claire and others. Her work has received the industry and community recognition, including the French government’s award for the best publication on France in Russian in 2014.

Anastasia was contributing to the media department of UNICEF Kosovo in 2013.

Anastasia previously worked as Lecturer at Manchester Metropolitan University and Guest Lecturer at King's College London. Her educational qualifications include a BA (Hons) in Journalism (Lomonosov Moscow State University), an MA in Media and Communications (City University London) and PhD in Social Media (University of Westminster).

She is currently researching viral cultures in politics and journalism. Her second area of interest is fashion media and sustainability. Anastasia has published research on internet memes; digital media and public sphere in Russia; parody microblogging on Twitter. Her book Internet Memes and Society was published in 2019.

Anastasia teaches media theory and practice. Her expertise ranges from sociological to media theories; from television and multimedia production to fashion journalism. She has established a new module Diversity and the Media in 2018. She also contributes to the Masters teaching on theory and multimedia journalism skills.