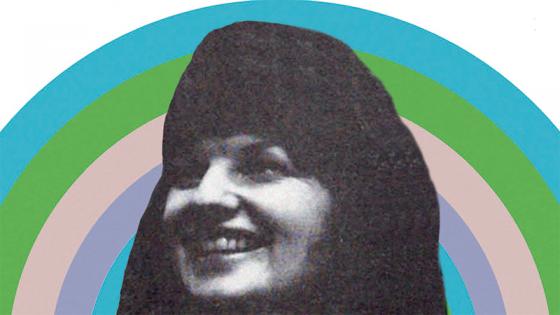 Curious times, but before the lockdown we ran a number of events, and we are attempting to adapt some of the events that were scheduled to be held over next month - see the university news item on the series of ghost gigs to be livestreamed.

7 March marked the 50th anniversary of David Bowie playing in what was the gymnasium at the Law School - see tweet. The Poly was a well-known venue on the live circuit of the late 1960s and early 1970. See the Found Sounds and ghost gigs page for some more details of our history in this area, some of the posters  from the period can be found on flickr and also a detailed history is provided by Nigel Molden’s The Centre of a Revolution.

As part of the Disrupting the Everyday project we have been celebrating this history with a series of ghost gigs, the most recent one was held in March with a 50th anniversary playback of Maureen Kennedy Martin’s performance in the Soho Poly Basement. During these unusual times we are experimenting with livestreams of two ghost gigs in April; Ralph McTell on 8 April and Fleetwood Mac on 27 April.  Please tune in via the following links:

Pippa Catterall presented  'The Constitution and Brexit' at a panel discussion at the LSE on 11 March.