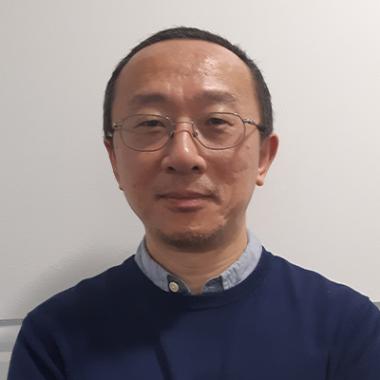 Cangbai Wang has been involved in the teaching of a wide-ranging of courses in the areas of China studies, Chinese language studies and migration studies. The modules he led include ‘Introduction to Chinese Media and Culture’, ‘China’s Century of Revolutions: 1895-1980’, ‘Between Art and Politics: Chinese Literature from May Fourth to June Fourth’, ‘China and the World: From Mao Zedong to the Present’. ‘Chinese Language Development’ and ‘Chinese for Work’. The ‘China and the World’ module has been selected as a university-level short course commissioned by the UK Ministry of Defence (since 2014). Over the years, he has supervised numerous undergraduate BA dissertations on a wide range of topics in relation to China’s social, cultural and political transformations and international relations. He is currently leading the following modules:

4CHIN002W The Chinese Words and World 1

6LANS006W People and Things on the Move: Identity, Place and Memory In and Across Diasporic Spaces

6PIRS020W/6PIRS021W China and the World: from Mao Zedong to the Present

Cangbai Wang has supervised PhD thesis on contemporary Chinese studies and MA thesis on Intercultural Communication. He welcomes inquires about postgraduate supervision in the fields of transnational migration and Chinese diaspora, museum and cultural heritage, social and cultural transformations of China/Asia in a transnational perspective.

He is currently supervising:

Denise Kwan, PhD thesis, ‘The talking of objects: migratory experiences, subjectivity and representation of Chinese women in the UK’, started in January 2016.

Cangbai Wang has a longstanding interest in the study of transnational migration and Chinese diaspora. His earlier research focused on return migration to China, the Indonesian-Chinese communities in Hong Kong and the postcolonial border-crossing of professional migrants to global Hong Kong. He is the author of Life is Elsewhere: Stories of the Indonesian Chinese in Hong Kong (2006) and peer-reviewed articles in journals such as Journal of International Migration and Integration, Asian Population Studies, Asia Pacific Viewpoint, Sociological Studies and The Journal of Diasporic Chinese Studies. Building upon his research on migration and inspired by the burgeoning critical heritage studies, he has recently extended his research to migration-related museum, heritage and mIemory studies. His works on diasporic heritage have been published on journals such as International Journal of Heritage Studies, China Information and Modern China.

In 2014, Cangbai Wang founded HOMELandS (Hub of Migration, Exiles, Languages and Spaces), a cross-faculty research centre that is aimed at promoting theoretically-informed, interdisciplinary-oriented and language-based study of migration and diaspora. Based at School of Humanities, it has brought together colleagues who are interested in the study of migration and culture in the university and beyond through organising workshops, seminars and conferences. A special issue on migration and materiality edited by Cangbai Wang with the contributions from HOMELandS members was published in Modern Languages Open (2016). The most recent research event he organised is HOMELandS Symposium 'Bridging Borders, Creating Spaces: Negotiating Multicultural Identities and Belongings among Migrant Communities in Global London. University of Westminster, 28 June, 2018.

'China in Uzbekistan: An Investigation into the Effects of BRI on Trade, Migration and Chinese Language Education', WIUT-UOW Research Collaboration Funded Project, £9,710, 2019-2020. (Co-investigator)

Partner Researcher, ‘Research on the Public Policies on Migration, Multiculturalisation and Welfare for the Regeneration of Communities in European, Asian and Japanese Societies’, Core-to-Core Program hosted by Kobe University and funded by the Japan Society for the Promotion of Science, 2016-2020.

‘Cultural heritage and the re-making of a qiaoxiang in South China’, The Modernisation of Social Governance: New Treads and New Responses, China Institute, SOAS, London, 18-19 September, 2017.

‘How do emigrants adapt themselves to the local culture?’, panel discussion at the Kick-Off Symposium for Research on Public Policies on Migration, Multiculturalisation and Welfare for the Regeneration of Communities in European, Asian and Japanese Societies, Kobe University, Japan, 22-23 October, 2016.

‘Guiqiao as political subjects in the making of the People's Republic of China 1949-1979’, Faculty of Asian and Middle Eastern Studies, University of Cambridge, 6 November 2013.

Co-organiser (with Terry Lamb), 'Cultural Diversity, Migration Integration and Youth Action: New Perspectives and Innovative Practices'. A public event organised by Home Away from Home in partnership with HOMELandS, University of Westminster, 3 July, 2019.

Co-organiser (in collaboration with The Chinese University of Hong Kong and Tsinghua University), International Conference on Belt and Road Initiative: New Insights from the Perspective of Transnational Chinese Migration, University of Westminster, 2-3 August, 2018.

Co-editor, Routledge Research on Museums and Heritage in Asia.

Member of international editorial board, Chinese Overseas Review (海外华人研究期刊), since 2020.