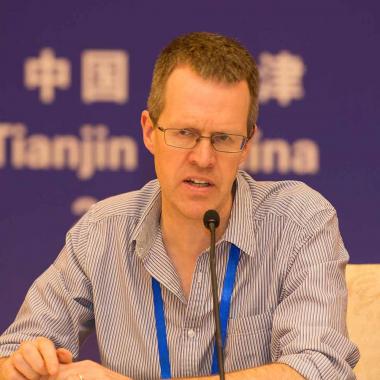 By appointment
Connect with me
Westminster Research
I'm part of

I am Professor of Politics and Director of the Centre for the Study of Democracy (CSD) in the School of Social Sciences.

My main research interests are in democratic theory and practice (particularly participatory democratic institutions), climate and environmental politics and the third sector/social economy.

Previously I was Professor of Politics and Head of Department at the University of Southampton, where I worked from 1999 to 2012, and Research Fellow at the University of Strathclyde from 1997. My first degree is in Chemistry, my Masters in Environmental Science, my PhD in green political theory. It's a long story!

I am involved in a number of funded research projects, including Scholio (University of Connecticut), Participedia (SSHRC) and AssoDem (Spanish Ministry of Economy and Competitiveness). Recently completed projects include Citizens' Assembly on Brexit (ESRC) and Cherry-picking. See 'Research' for more details.

Check out the project A democratic response to Covid-19 that I am working on with the participation charity Involve.

Outside of academia, I am Chair of the Foundation for Democracy and Sustainable Development (FDSD).

Watch a video of my slightly dated Inaugural Lecture on Democratic Innovations or a shorter interview on the same theme for the Institute for Future Studies in Stockholm. You can also check out a short video on Co-creation - Empowering Citizens for the ESEE International Conference in Turku, Finland.

I seem to be in demand on the topic of citizens' assemblies. I've done a couple of interviews with Extinction Rebellion. Check out The Deliberate Rebellion and a discussion with Gail Bradbrook and Kate Raworth on alternative economic and democratic futures.

Read a two-part interview for Open Democracy on Citizens assembly: towards a politics of ‘considered judgement’ and blogs on climate assemblies, How to bring the wisdom of the public to bear on the climate emergency and What we've learned about the kind of climate action the public wants to see (The Conversation), Institutionalizing deliberative mini-publics in Madrid City and German Speaking Belgium – the first steps (IDEA) and Extinction Rebellion and Democratic Renewal (FDSD).

I am the convenor of the modules Democracy in crisis? (first year) and Democratic innovations: participatory spaces around the world (MA). I am experimenting with novel assessment methods: for example, on Democracy in Crisis? students work in groups to create videos; on Democratic Innovations students write a new case for the global research platform Participedia.

I am an experienced PhD supervisor and am interested in supervising students in areas of democratic theory and practice and/or climate/environmental politics.

I am Director of Studies for the following doctoral research students:

Gilles Pradeau, '"What have they done?" The Fate of Proposals in Participatory Budgeting'

Congratulations to my doctoral students who recently defended their theses...

Hans Asenbaum, 'Subject to Change: Democracy, Disidentification, and the Digital'

This stream of work builds on the theoretical approach initially developed in my book Democratic Innovations: Designing Institutions for Citizen Participation.

I am an international collaborator (previously Chair of the Research Committee) of Participedia, a global network and knowledge platform for democratic innovations, including research groups at the Universities of British Columbia and Harvard. The network is currently funded by SSHRC (Canada), with earlier research on practitioner engagement funded by the ESRC Imagine Connected Communities consortium.

I was Principal Investigator of the Scholio project funded by the University of Connecticut’s Humanities Institute and the John Templeton Foundation. The project used experimental methods to understand how news media comments platforms can be designed more effectively to reduce dysfunctional behaviours and promote more reasonable and civil dialogue.

I was Co-Invesigator on the ESRC-funded project A Citizens Assembly on Brexit. The Assembly took place over two weekends in September 2017 bringing together a randomly selected group of 50 citizens who considered Britain's post-Brexit future. The Brexit Assembly built on an earlier ESRC project Democracy Matters which organised pilot constitutional assemblies on English devolution – I was Academic Director of Assembly South. The project won the 2016 Political Studies Association Democratic Innnovation Award.

I am also an international co-investigator for the project Associatiive Democracy: Advisory Councils in a Multilevel Setting funded by the Spanish Ministry of Economy and Competitiveness. This is led by Joan Font at the IESA. The same team recently completed the innovative project Cherry-picking: The Results of Participatory Processes.

Democracy and the long-term

I am combining my interests in democratic theory and institutional design with long-term challenges such as climate politics in a short book, Can democracy safeguard the future?, to be published with Polity in January 2021. The book will investigate the drivers of short-termism in democratic systems (democratic myopia) and potential institutional remedies. This research feeds into and is informed by my work as Chair of the Foundation for Democracy and Sustainable Development.

A final area of research focuses on the relationship between modes of environmental governance and the shaping of environmental social practices. I have led two significant RCUK funded projects that have investigated the role of third sector/community organisations in promoting low-carbon practices. The Role of Community-based Initiatives in Energy Saving was an interdisciplinary project engaged in experimental and comparative research that ran from 2010-2014. I also co-directed the environmental stream of research in the Third Sector Research Centre.