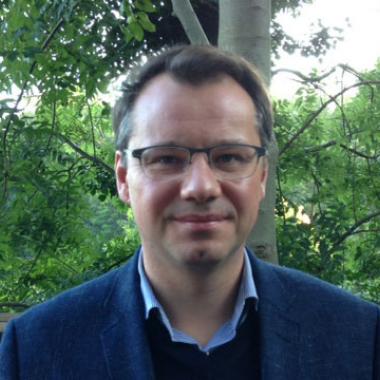 His research concentrates on the areas of energy security, political economy of resources and international relations with a regional focus on Central Asia and Eastern Europe. He is an author of Politics and Oil in Kazakhstan (Routledge 2010 and 2011), and an author and co-editor of Global Resources: Conflict and Cooperation (co-edited with Roland Dannreuther) ( Palgrave 2013); Understanding Energy Security in Central and Eastern Europe: Russia, Transition and National Interest (co-edited with Eamonn Butler) (Routledge 2018); Handbook on Oil and International Relations (co-edited with Roland Dannreuther) (Edward Elgar, Forthcoming).

He has developed and led BA and MA modules and a MoD short course on the global and regional politics of energy and environmental change.

I lead the following modules:

I contribute to the following modules:

Energy and Development in the Middle East and Central Asia, BA level

The European Union as a Regional Power (MoD Short Course)

My research concentrates on the areas of energy security, political economy of resources and international relations with a regional focus on Central Asia and Eastern Europe.

The purpose of this book is to move beyond the approach which views energy as a purely geopolitical tool of the Russian state and assumes a 'one size fits all' approach to energy security in Central and Eastern Europe (CEE). It argues that in order to fully understand Russian involvement in the regional energy complex, the CEE-Russian energy relationship should be analysed in the context of the political and economic transitions that Russia and the CEE states underwent. The chapters on individual countries in the book demonstrate that, although Russia has and will continue to play a substantial role in the CEE energy sector, the scope of its possible influence has been overstated.

“For long on the margins of the study of international politics, natural resources have made a comeback over the last decade, in tandem with the rise of prices and the politicization of global markets. Pulling together some of the leading experts in this vast field, this collection of essays stands out for its thoroughness, critical acumen and comprehensive review of the relevant scholarly literature.” Ricardo Soares de Oliveira, University of Oxford, International Affairs 90: 6, 2014.

“Ostrowski’s command of the topic is impressive. His study includes many interesting facts that will be valuable for researchers. He conducted in-depth interviews with high-ranking representatives of numerous bodies...Ostrowski’s study provides a good example of how informal political relations and behaviour are an important mechanism in maintaining the Kazakh regime. It is a good empirical contribution to the existing literature on resource-rich post-Soviet countries and their political economy.” - Julia Kusznir, Europe-Asia Studies, 62:8, 2010

“[The study] markedly improves our understanding of the political economy of a petrol-rich state... [it] will become a touchstone for anyone working in this area... [and] represents an important contribution to our understanding of Kazakhstan in the 1990s and 2000s.” - Edward Schatz, University of Toronto; Central Asian Survey, Vol. 30, No. 1, March 2011

“Wojciech Ostrowski has written a detailed and highly competent survey of the period from independence until the mid-2000s, when Kazakhstan’s political economy of oil was inconsistently established as a source of rents and the basis of regime security.” - John Heathershaw, University of Exeter, International Affairs 88: 4, 2012