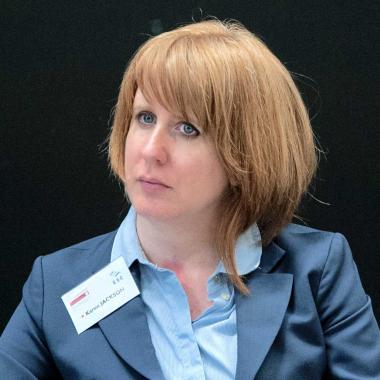 Dr Jackson has worked as a consultant for the UK Department for International Development and Commonwealth Secretariat.

Moreover, she has been invited to act as a expert panel member by the Economic Social Research Council.

Dr Jackson has previously worked as China and East Asia Development Director (University of Bradford) while living in China, establishing a foreign enterprise and leading partnership developments across East Asia.

She is currently the Senior Regional Coordinator for Westminster Business School.

Dr Jackson has supervised three PhD students to completion (2012, 2014 and 2018), with all three of these candidates now holding permanent academic positions at UK Universities. She is also currently supervising a further two students.

She also jointly organises the Global Economic Policy Group with the University of Duisburg-Essen (Institute of East Asian Studies), FernUniversität in Hagen (CEAMeS) and Fudan University (Institute of World Economy).

She is also a member of the Royal Economic Society, American Economic Association, and the Contemporary China Centre (University of Westminster)

Dr Karen Jackson's teaching experience focuses on microeconomics, mathematics and international economics. More specifically, she has been module leader for the following:

The segmentation of Europe: Convergence or divergence between core and periphery, (2017) Palgrave Macmillan (with M. Baimbridge, U. R. Lee and I. Litsios)

“Reconsidering the silk road: Tourism in the context of regionalism and trade patterns“ in Handbook on the Economics of Leisure edited by S. Cameron, (2011) Edward Elgar.

"A UK-US trade deal would look less likely under Joe Biden – which means the NHS red line could be crossed", (2020), iPaper, 16 Oct

“China-US relations are at rock bottom, but new trade talks will happen eventually”, (2020), The Conversation, 14 Aug (with O. Shepotylo)

"Brexit: breaking up is hard to do", (2019), The Money - ABC Radio National (Australian Broadcasting Corporation), 21 March

"Post-Brexit trade with the US Donald Trump was right when he said a deal would be tricky", (2018), The Conversation, 20 July (with O. Shepotylo)

"A customs union would free the UK to strike trade deals but it doesnt solve every Brexit problem", (2018), The Conversation, 26 April (with O. Shepotylo)

"The five alternatives to EU single market and customs union would all make UK poorer", (2018), The Conversation, 26 Feb (with O. Shepotylo)