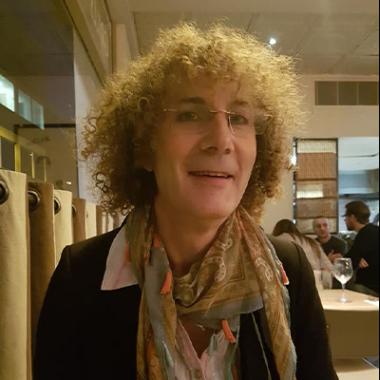 After a history degree at Cambridge (1984) I undertook my doctoral thesis on religion and politics in inter-war Britain at Queen Mary University of London, completing in 1989.

I then spent a year as a research fellow at the Institute of Contemporary British History, writing an award-winning bibliography of post-war Britain. From 1989 until 1999 I was Director of this Institute. I have been a Fellow of the Royal Historical Society since 1996. In 1999-2000 I was on a Fulbright scholarship as visiting professor of British history at Westminster College, Fulton Missouri.

On my return to the UK I taught history and politics at Queen Mary University of London until my appointment as Reader in History at Westminster in October 2012. I have been Professor of History and Policy at Westminster since November 2016.

My principal publications have been in modern British political, diplomatic and constitutional history - notably as editor of Harold Macmillan's diaries - and the related field of politics and religion in modern Britain. I also edited the journal Contemporary British History from 1991-2003. Additionally, I founded the journal National Identities in 1999, which I continue to edit.

Inside Westminster my principal responsibility is as Chair of the University of Westminster Press editorical board. Outside Westminster I have a long association with the Hansard Society in the field of public policy and have been Chair of the George Lansbury Memorial Trust since 2012. I am also a member of the London Historic Environments Forum and this is reflected in an interest in heritage, memory and (reflecting that I am transgender - pronouns she/her) the queering of public spaces,

I have taught widely over my career in places as far-flung as America and Iraq. At Queen Mary one of my courses, 'Concepts of Europe', covered the sweep from Herodotus to the EU. My history teaching in the UK, however, has tended to focus upon Britain and its empire since the eighteenth century. This has included both survey modules and detailed studies on subjects such as the history of the East End, post-war popular culture or the nature of oral history. At masters level modules I have taught range from 'Democracy and Public Policy' for the Hansard Society, through 'Business in Europe' as a visiting lecturer on the MBA programme at Cass Business School, to 'Comparative Welfare States' at Queen Mary.

At Westminster I currently teach 'New Liberals to New Labour: British Politics 1906-2010' and The 'End of History? Crisis and Conflict since the Cold War' at undergraduate level and 'Current Issues in Museums and Galleries' on the MA in Museums, Galleries and Contemporary Culture.

I have supervised PhD students on various subjects. These include:

Britain and the US Civil War

The History of Natural Childbirth

The Festival of Britain

Intelligence in the early Cold War

The History of Women's Cricket

Attitudes to money in Post-War Britain

The Thatcher governments and Neo-Liberalism

I am currently supervising or co-supervising six PhD students - working on the Church of England and English national identity 1780-1838; RUSI's 'lost' museum; counter-terrorism and the Channel programme, Macmillan and Adenauer (jointly with the Humboldt University, Berlin); prisons and human rights in Brazil; and the Parliamentary Opposition and Brexit. I am also supervising a post-doctoral fellow working on Kim Philby. I would welcome PhD students looking at the heritage issues, British constitutional history, the relationship between culture and politics from the 18th century onward or transgender histories.

I am currently working on a monograph entitled Grand Designs: Harold Macmillan, Politics, Statecraft and Strategy in the Twentieth Century for McGill-Queen's University Press.

In 2019-20 I lead (with colleagues from Westminster's Centre for Law, Society and Popular Culture) a series of projects on sports in the archives funded by the British Society for Sports History.

In 2017-18 I led a MUPI project with London Transport Museum looking at the development of the concept of 'Academics in Residence'.

In 2012-15 I was a consultant on Centre for Opposition Studies projects on political reform in Jordan and Kuwait, funded by the Foreign & Commonwealth Office.

I have recently received a grant to develop a research project with colleagues from Westminster International University in Tashkent on Mahalla and state-building in Uzbekistan.