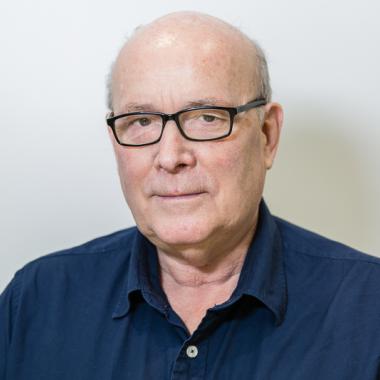 Robert worked in broadcast television for twenty five years up to commissioning and executive producer level. His career began at the BBC where for ten years he worked for Blue Peter as a director and producer. From there he developed his career in current affairs and documentary film making with TVS and Channel 4. As a BBC trained multi-camera director he has directed over 100 hours of live television in several genres; magazine programming, LE and current affairs. A period as an independent producer followed and the beginnings of a teaching career at Farnborough College where he took the Certificate of Education followed by 3 years at Ravensbourne College of Design and Communication as course leader HND Tech ops before returning to broadcast Television production with Carlton Television as a series producer. Carlton Kids was a new digital platform 'On Digital' this was followed by a return to UK network Broadcast Television Production as series producer on Mad For It a live kids studio LE and game show.

In early 2001 he worked with another new digital Channel as Creative director and commissioning editor for DKTV (Different Kind of Television). This was a shared broadcast and early IP TV project supported by the BBC's digital initiatives, creating digital platforms for communities. In this case Housing Associations. It was a short lived experiment (18 months) but was pioneering in its use of new technology for a combination of service provision and general interest programming. Following this he began a shift towards teaching and consultancy working with significant projects like Kidnet, a forerunner of YouTube, and as a producer with EuConnect who have a significant profile working with EC mobile technology and European business start-ups using new media. He is currently a senior lecturer on the University of Westminster's highly regarded BA Television Production course, also teaching Television Studio directing courses for the China Media Centre bringing best practice to TV directors and producers from China.