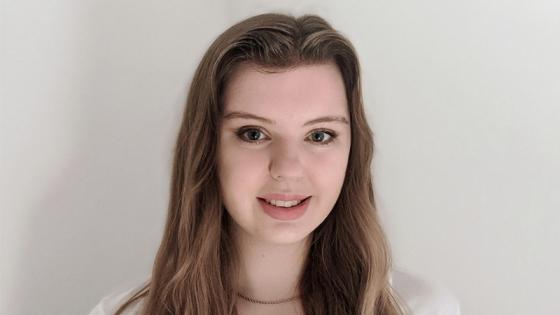 In the lead up to the conference students across Britain were asked the following question: ‘Imagine the year is 2040. You are still working in psychology, but it has changed. How?’

Thomson answered this question with references to technological advances and their impact on the practice of psychology, including AI and virtual and remote counselling, as well as a significant decrease in human interaction in public spaces and the creation of virtual environments. She also discussed the impact of growing up with social media platforms and their long-term effects on the mental health of their users, whether this be negative in terms of body-image issues, eating disorders and self-harm or its positive impact for tackling depression, loneliness and spreading general positivity.

Thomson also made the point of the accessibility of psychological practice and research as an important factor for the future of psychology, making practices available to everyone who needs them regardless of wealth, age, ability, geographical location, race, and other factors. Increased collaboration across countries, disciplines and approaches are also an important factor, as well as a focus on diversity, which would lead to a more accurate reflection of the world and the communities who live in it.

Thomson ended her piece by writing: “Overall by 2040, I expect the field of psychology to have changed colossally. But the motivation behind our work; of understanding behaviour, improving life and supporting those who need it, will remain at the heart of every person involved… even if the ways in which we are carrying out this work are nearly impossible to conceive right now.”

Her winning entry has been published on The Psychologist website and as the competition winner, Thomson has been given the opportunity to present at the BPS online conference on 30 June.

The British Psychological Society is the representative body for psychologists and psychology in the United Kingdom. The BPS Conference took place online this year, with keynotes from Professor Stephen Reicher from the University of St Andrews, Professor Paul Slovic, Director of Decision Research from the University of Oregon, Professor Miranda Wolpert from University College London, and Professor Alison Gopnik from the University of California, Berkley. The conference also included addresses from the outgoing and incoming Society Presidents David Murphy and Hazel McLaughlin and panel discussions on behavioural science and COVID-19, and the media.

Mags Cahill, Senior Lecturer on the Psychology BSc Honours course, said: "We are all delighted that Alice has won such a prestigious prize. We spend so much time trying to teach our students about current psychological research; it is very gratifying that one of our students has been able to look ahead and think about what psychology will be like in the future. Her vision is of a technologically enhanced psychology that is inclusive and socially useful. I am sure that she will play a part in bringing this vision to life and I look forward to following her career in the coming years."

Thomson said about her win: “I was happily surprised to find out that my piece had won the competition and that they wanted me to present it at the beginning of the annual conference, but also very nervous as it already has over 500 people signed up to attend.”