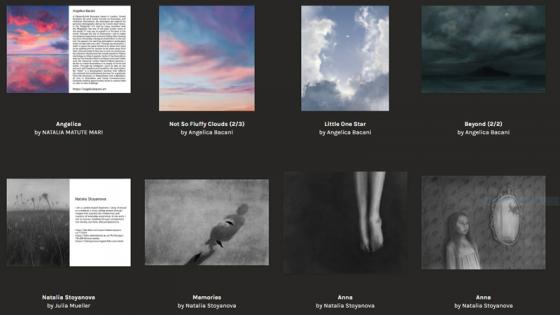 Due to the pandemic restrictions, the showcase took place on Folio, a new portfolio site for Westminster students which enables them to share ideas and critique each other’s work.

The work presented by graduating Illustration and Visual Communication students in their TWENTY TWENTY VISION virtual degree show has been made primarily as part of their final Major Project module.

The work produced is varied in its aims and intended outcome and spans a wide range of possibilities for Illustration and Visual Communication.  Visual work has been made in response to each student’s developing creative visual practice, personal interests and concerns.

Natalia Stoyanova’s work, for example, is an extension of her dissertation which examined the question `How does the image tell a story?’ and exploration of how the static image can tell more than it shows, about the relationship between storyteller, image and viewer.  Her work is all made by hand with charcoal to evoke a melancholic atmosphere.

Angelica Bacani also has a strong interest in visual narrative and her work showcased on TWENTY TWENTY explores the atmospheric power of the sky to set the tone and offer an environment in which stories can unfold. The syscapes are created using a range of media from pencils, watercolours to digital illustration.

Amelia Potter’s work is a comic book set in futuristic London after an outbreak of a strange virus that mutated some people's DNA, enabling them to have enhanced abilities. The comic is based on a true story, which she experienced with her boyfriend who is mixed race. He experienced xenophobic remarks in a student bar because of his appearance and the two were asked to leave as they refused to serve him because of the colour of his skin. So, Potter’s comic is based on the emotions from this event.

Sarah Eliott’s colourful decorative surface design and editorial illustration aims to lift the spirits in celebration of nature. All the images are hand painted; a process used to help communicate the human need to maintain a connection with the physical world

For Ruwal Dangol, much of his digitally manipulated photographic work is a graphic exploration of his own childhood journey from Nepal to London.

The work of Dimitrios Kozakis reflects his love of music but also his cultural background. In the showcased work, hozakis has brought these interests together to respond to branding and design for advertising briefs. The work evolves through a process combining hand drawn and digital image making.

Emma Dodson, Senior Lecturer on the Illustration and Visual Communication BA Honours course, said: “As a tutor I am very proud to have been able to support this creative bunch of students through their studies on the course. They have worked hard and produced some powerful work. I wish them all the very best for the future.” 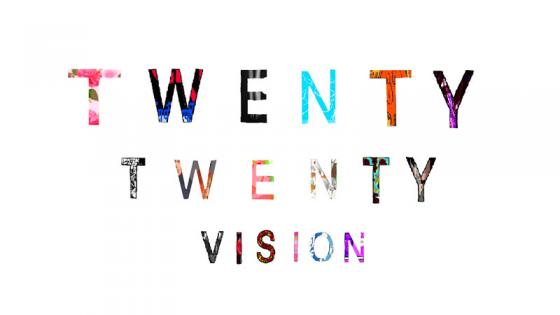