On 12 November, BBC Online News covered the 50 square metre grass artwork of the Lumiere Brothers created by Westminster Animation students on the Harrow Campus to kick off the 125th anniversary celebration of the University being known as the birthplace of British cinema. 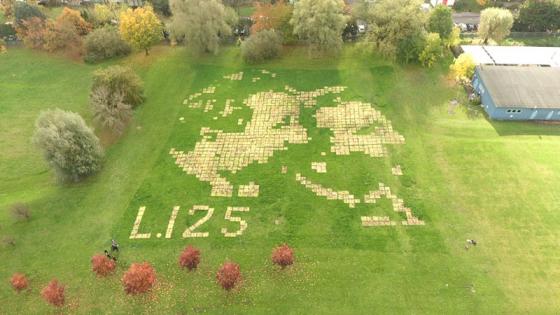 The article details that in 1896 the Lumiere Brothers showed the moving film of a train to a paying audience in Britain at the University’s Regent Street Cinema, and that it was the first time a moving film was shown to an audience in Great Britain.

At the University’s Harrow Campus, the students arranged and pegged down square masking sheets like pixels within a grid according to a map sketched on graph paper, writes BBC News.

Kerrie Portman, Animation BA student, was quoted saying that "Film-making and digital entertainment is now done predominantly with technology, so it's nice to celebrate their anniversary by integrating the organic life-cycle of grass.”