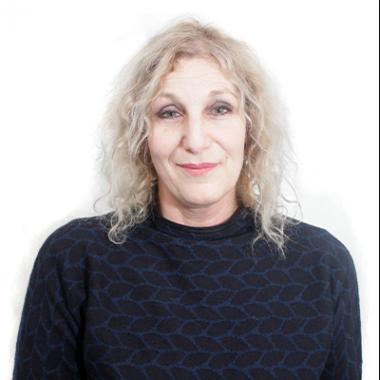 Connect with me
Westminster Research
I'm part of

I am Professor in English Language and teach modules on the language of literary texts and the History of English.

My research is focused on the vocabulary in use in medieval England. My most recent papers have concerned lexical choices across text types within the multilingual textual culture of medieval Britain.

My research is focused on the vocabulary in use in medieval England, particularly in the Middle English period. Most recently, I have become especially interested in lexical choices within the multilingual context of later medieval Britain and its presence in the administrative writing of the period.

My interest in vocabulary began with my work as a contributor to the Historical Thesaurus of the Oxford English Dictionary and my first book Studies in the Lexical Field of Expectation (1994). I also co-edited the volumes Middle English Word Studies: A Word and Author Index (2000) and Lexis and Texts in Early English: Studies Presented to Professor Jane A Roberts (2001). I am also interested in the stylistics of the romance in Middle English and wrote a monograph examining this, Medieval Romance and the Construction of Heterosexuality 2008).

I was Co-Investigator on the five-year AHRC-funded project The Lexis of Cloth and Clothing in Britain c.700-1450: Origins, Identification, Contexts and Change. This project collected the vocabulary of cloth and clothing across all the languages in use in medieval Britain including Old and Middle English, Cornish, Irish, Norse, Norn and Old Scots, Welsh, as well as Latin and Anglo-French. The website and searchable database may be found at lexisproject.arts.manchester.ac.uk

I was Principal Investigator on the three-year Leverhulme Trust-funded project Medieval Dress and Textile Vocabulary in Unpublished Sources. This project examined manuscripts of the Royal Wardrobe accounts and petitions to king and parliament. These texts were set alongside texts from a variety of genres dealing with clothing and textiles and the resulting anthology, Medieval Dress and Textiles in Britain: A Multilingual Sourcebook, is due out this year.

I was Co-Investigator (later Principal Investigator) on the three-year Leverhulme-funded project A Bilingual Thesaurus. This project is assembling the Middle English and Anglo-French vocabulary of the domains of everyday life in medieval Britain in order to re-examine the question of which domains were most open or resistant to the influence of French in order to further our understanding of the effects of language contact in this period, in particular code-switching in the textual culture of the time.

I was Co-investigator on the AHRC-funded Medieval English in a Multilingual Context network which brought together scholars working on multilingualism in medieval Britain with the aim of sharing methodological approaches to multilingualism focused on lexis, morphosyntax and textual culture.

I was Principal Investigator on the Leverhulme-funded project Technical language and semantic shift in Middle English, looking at the effects of borrowing and other pressures on English at different levels of the semantic hierarchy.

I am a trustee of the charity the Chaucer Heritage Trust.

I would welcome applications from prospective doctoral students interested in any of my research areas.