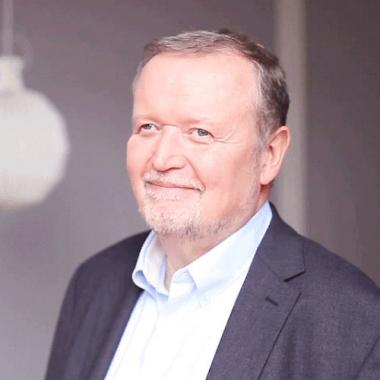 Having obtained Bachelor's and Master’s degrees in English at Keble College, Oxford, Vincent worked as  a translator and research exec, head of the Economics and Statistics Department at a trade association, developer and manager of retail panels for GfK in Nuremberg and the UK and manager of the external retail panel at Mars.

He then moved to  the Bates and Saatchi & Saatchi advertising agencies, where he started as an econometrician but swiftly moved to concentrating on strategic planning.  He worked on branding issues in a variety of markets across the world, working with major multinationals including Esso, Shell, Benckiser, UDV, Electrolux, Mars and Reckitt and Coleman.  He also worked as a long-term consultant with a number of clients such as Pharmacia & Upjohn and Perstorp in Sweden, TV2 in Norway and Brio worldwide.  He acted as Planning Director for Bates Europe and Bates Healthcare and even did some copywriting, creating the strapline for the long-running Smirnoff “Pure Thrill” campaign.

Vincent set up and runs OBICO, a consultancy designed to develop and apply pragmatic solutions to marketing problems.  OBICO’s current and recent clients include Discovery Networks Norway where he is working on implementing addressable linear TV advertising in Norway, Oras Group where he has appointed their advertising agencies and is currently developing an international brand/product architecture, as well as Shire Pharmaceuticals, IKEA, DELSEY, KVD, Morsø and HL Displays.  He also works for Omnicom on media optimisation and ROI analysis and still does some copywriting too.

Having run numerous in-house training sessions on advertising for Omnicom and designed training on branding for IKEA, Vincent has been a module leader on Westminster University's M.A. in Marketing Communications (MAMC) course since 2011, running the Advertising Management and Brand Delivery module.

Vincent's recent publications include "What Marketing Managers can learn from Fund Managers", on the application of Modern Portfolio Theory to setting advertising budgets, in Financial Management, November 2016.