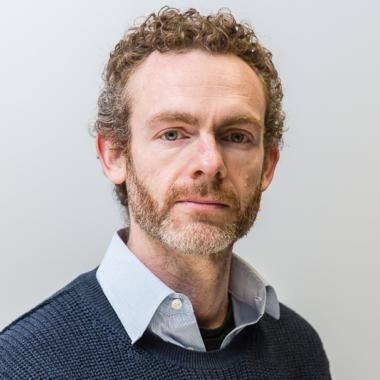 I am the Course Leader for ‘Creative Writing and English Literature’ and ‘Creative Writing and English Language’. Alongside my academic work, I am a practising playwright with a passion for all forms of creative writing. My books and academic publications include 'The Soho Theatre, 1968-1981' (STR, 2017), 'Key Concepts in Creative Writing' (Palgrave 2010), and 'Big Questions: Incredible Adventures in Thinking' (Wizard Books, 2007). I have had plays performed at theatres including the Riverside Studios, the Arcola, the Finborough and the Gate, and have been a Literary Associate at Theatre503 and the Soho Theatre. I am an Artistic Associate of the theatre/dance collective Hannah Bruce and Company, which specialises in site-responsive work, and curate events for the ‘Soho Poly’ arts venue.

I am the module leader for, and also teach on, the following undergraduate modules:

Writing the City: an introduction to London as a place of literary production and inspiration. As well as seminars and workshops exploring the 'nuts and bolts' of writing, there are site-visits, urban walks and opportunities to hear from published writers about how they have made use of 'the city' in their work.

Making Plays: a playwriting course that examines how plot, character and dialogue are constructed. There's also plenty of opportunity to discuss individual plays and playwrights. In recent years we've looked at the work of people including Jez Butterworth, Penny Skinner and Jack Thorne.

The Individual Writing Project: this module is the end point of the BA creative writing degree. This project allows students to work on a sustained piece of creative work under the guidance of a 'writing mentor'. In past years students have produced chapters from novels, full-length plays, film scripts and memoirs - as well as a host of creative hybrids.

Screenwriting module: an introduction to the craft of screenwriting, with a focus on the development of ideas from the pitching stage to the completion of draft scripts.

For the MA Writing the City, I teach the module Conflict and the City - a detailed investigation of dramatic works about, or drawn from an experience of, the urban environment.

I have run external creative writing programmes at the Tate, the 'Circle of Misse' in France and the Foundation for International Education. I am also responsible for many of the guest lectures and workshops that the creative writing department hosts.

My main research activities lie in the fields of new playwriting, dramaturgy, and the relationship between text and place.

Between 2003 and 2005, I was the literary manager at Theatre503, one of the country's leading new playwriting venues. My doctorate was on the early history of another major new playwriting hub, the Soho Theatre, and in 2012 I curated an anniversary of this theatre's inception. Events included play readings of early work by Robert Holman and David Edgar (introduced by the playwrights), performances of plays by the Miniaturists, and a panel event including Michael Billington, Michael Coveney and Irving Wardle. More recently I have co-curated over twenty arts events at the revived 'Soho Poly' basement, including play readings, gigs and poetry readings.

I am also a working playwright. My recent play The View from the Mountaintop, received Arts Council funding and was performed at the Brighton and Plymouth theatre festivals. My play The Shelter was performed at the Riverside Studios, and another piece, Through the Night, was a recipient of a Papatango New Playwriting Award and produced at the Finborough Theatre. My monologue play Inside Out was selected for the inaugural HighTide festival. Other work includes: Brightest and Best at The Half Moon; Insect, a Miniaturists play performed at the Arcola; Hypertension, part of the 'Ave it / Coming Up Later Festival at the Old Vic Tunnels; W-11, a community project for The Gate. I am a member of 'Hannah Bruce and Company', a theatre/dance collective which has performed site-responsive work at venues including Hoxton Hall, Wilton's Music Hall, Northern Stage and Shoreditch Town Hall.