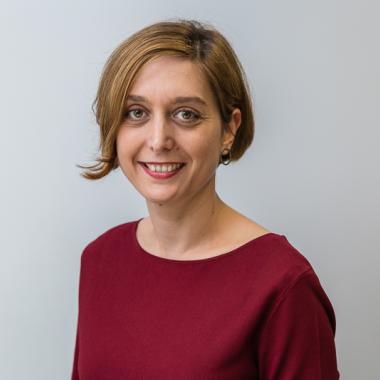 Connect with me
Academia.edu WestminsterResearch Personal website
I'm part of

I am currently a Reader in the School of Media and Communication where I lead the MA in Media, Campaigning and Social Change. Together with Prof Clare Twomey, I lead the Arts, Communication and Culture Research Community, an interdisciplinary community that aims to foster collaborative research in arts, communication and culture.

From August 2015 to September 2019 I was Deputy Director and then Co-Director of the Communication and Media Research Institute (CAMRI).

I am currently leading the the MA in Media, Campaigning and Social Change together with Michaela O'Brien. The MA is the only one of its kind and has been running since September 2014. I have taught both on the BA and the MA level on a variety of topics including communication theory, new media theory, activism and campaigning.

My research interests focus on the relationship between online tools, advocacy groups and social movements. I am particularly interested in the role of the internet in alternative practices of democracy, including processes of organising, decision-making and collective identity formation, as well as in how online tools affect the activists' interaction with the media and with the targets of their campaigns.

In my doctoral research, which I completed in 2007 at the University of Westminster, I investigated the use of email lists and the web by activists involved in the Global Justice Movement in Europe. Further research focused on organizations like Avaaz, Amnesty International and 38 Degrees, as well as social movements such as Occupy, Nuit Debout and the Indignant Movement in Greece. Between 2013-2014 I received a Mid-Career Fellowship by the British Academy to conduct research on the Occupy movement and its use of digital media.

My work has appeared in a variety of edited books and academic journals, such as Media, Culture & Society and Information, Communication & Society. I am currently writing a monograph with the provisional title 'Experiments in Democracy: Digital Communication and Social Movements'.

I am a corresponding editor for the journal Media, Culture and Society where I was an assistant editor between 2012-2017. I am also on the advisory board for the journals Social Media + Society, the International Journal of E-Politics, and Interactions: Studies in Communication and Culture. Between 2013-2016, I was a Co-Convenor of the 'Internet and Politics' Standing Group of the European Consortium for Political Research (ECPR).