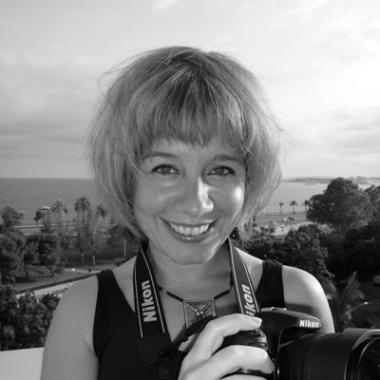 I graduated from the University of Viterbo (Italy) with a first-class degree in Modern Languages, with a dissertation focusing on the shared supernatural elements in James Hogg's Private Memoirs and Confessions of a Justified Sinner (1824) and Emily Brontë's Wuthering Heights (1847). In 1997 I began my postgraduate career at the University of Glasgow and in 1999 I graduated with an MPhil in Scottish Studies with distinction. As part of the course, I spent a term on a research fellowship at St Mary's University, Nova Scotia. This gave me the opportunity to undertake some archival research into the representations of Scottish identity in Canada, which formed the basis for my postgraduate dissertation. I continued to work in the area of Scottish studies when I started my PhD in Scottish Literature, with a thesis on the function of traditional supernatural elements in contemporary Scottish Women's writing.

I joined the University of Westminster in 2008 and I became Senior Lecturer in English Literature and Creative Writing in 2009.

My teaching falls into two subject areas in the department: English Literature and Creative Writing. In English Literature I teach Monsters, a module which explores the representation of the monster and the concept of monstrosity across multiple texts and media, from Beowulf to Alien.

In Creative Writing, I teach Writing London, and Reflective Writing 1 and 2.

I'm the Course Leader for the MA Creative Writing: Writing the City. This programme encourages students to respond to the city in their fiction, poetry and non-fiction. Within this programme, I'm also in charge of 'The Writing Business', a professional development module which allows students to learn about various aspects of the writing industry whilst also practicing their skills in the management of The Wells Street Journal, the student-led creative writing magazine.

My research to date has had a strong focus on 20th- and 21st-century writing, gender and the Gothic tradition. I have co-edited (with Emily Horton) a collection of essays on Contemporary Critical Perspectives: Ali Smith (Bloomsbury, 2013). My co-edited collection Scottish Gothic: An Edinburgh Companion was short-listed for the Allan Lloyd Smith Prize in 2019. Stemming from the same research area in Gothic culture is also a collection of essays on Apocalyptic Discourse in Contemporary Culture (co-edited with Aris Mousoutzanis), which includes contributions by Lee Quinby, Adam Roberts and Avril Horner (Routledge, 2014).

My current research is also branching out to integrate the interdisciplinary areas of text, space and material cultures.  My second monograph (Bond Girls: Body, Fashion and Gender; Bloomsbury, 2019), is an interdisciplinary exploration of the critical intersections of fashion and gender in relation to the treatment of Bond Girls in Ian Fleming's novels and subsequent cinematic adaptations. It has been awarded an honourable mention for the Emily Toth Award for Best Single Work in Women’s Studies by the Popular Cultural Association in America in 2020. My interest in the interdisciplinary intersections between fashion and literature has underpinned also my publications in Postcolonial Spaces: The Politics of Place in Contemporary Culture (ed. Andrew Teverson and Sara Upstone, Palgrave 2011) and Contemporary Critical Perspectives: Sarah Waters (ed. Kaye Mitchell, Bloomsbury, 2013).

My most recent project explores the cultural relationship between Scotland and the Arctic, with particular emphasis on the fantastic and Gothic elements in the oral and literary traditions of Northern countries. In 2019 I was awarded a Visiting Researched Fellowship to support my archival research at the Sir Duncan Rice Library Special Collections, University of Aberdeen. My research project, which focused on sea monsters and other features of the Scottish/Arctic otherworlds, has inspired a feature at the 2020 Spectra Light Festival in Aberdeen.

I have successfully supervised Dr Aisling McKeown's doctoral thesis on 'The Representation of Migrancy and Otherness in Contemporary Irish Narrative' (2013) and I am currently supervising Kate Turner's doctoral thesis on 'The Queer Moment in Contemporary Scottish Fiction'. I would be interested in supervising research projects on contemporary Scottish literature, and particularly within the Gothic genre, as well as interdisciplinary projects on film and costume.

I have been serving as Executive Secretary of the International Gothic Association since 2011.