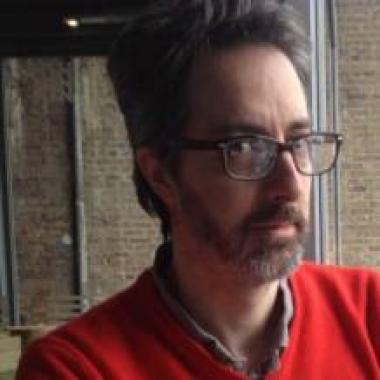 Jeff has more than 10 years experience in the London video games industry including work with Philips, Sony-Psygnosis, and EA. This includes work in character creation, animation, and motion capture and resulted in the conversion of Duke Nukem and Unreal to the original Playstation.

Following this, he played a key role at Inition Ltd., a pervasive media company based in Shoreditch specialising in unique combinations of emerging technology. While there he led the motion capture division and was instrumental in specifying installations that tracked the ExoMars Rover for the European Space Agency and that captured Batman for the Batman:Arkham series of games for Rocksteady Ltd.

This further 10 years experience in the interactive software/hardware arena includes specification and setup of custom installations and simulations that encompass Stereo, AR, VR, sensors and motion capture. He was involved in the setup of the V-Time virtual training experiment which received FP7 funding and also the Second Life virtual education project with the University of Westminster funded by the London Development Agency.

He was further involved in bringing the Heartworks medical simulator to market, developing a markerless motion capture public dance experiment with the BBC’s Bang Goes the Theory team, organising a live avatar battle for the Gadget Show/Gadget Show Live, and has recently completed a Masters degree from Goldsmiths in Computational Arts.He is currently a member of Motion Capture Society, London Unity Users Group and BIMA.

Currently researching a framework for comparing perceptual user interfaces based on experience in video game, interactive software production, stereo vision, VR, AR, and haptics. By developing a comparison framework, the benefits and limitations of various PUI and combinations can be quantified. From this, faster iteration, combination, and development can follow, leading to better human computer interaction and more creative and social computing.