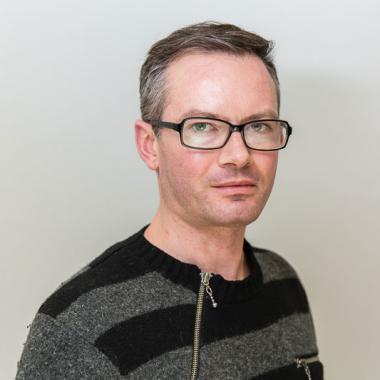 My work is situated at the intersection of Feminist International Relations, political sociology and queer theory, focusing on the politics of LGBTQ+ rights and activism. I held a 2018-19 Leverhulme Trust Research Fellowship studying 'The Global Politics of Pride: LGBTQ+ Activism, Assimilation and Resistance', and conducted comparative fieldwork across Africa, Asia and North America.

My earlier work on white South African conscientious objectors and white anti-apartheid activists explored how militarisation was gendered and how contesting this process was destabilising for the state, but also subject to significant pressures to appear respectable and to conform with the heteronormative logics of the state. I have also explored how accounts of anti-war activism contribute to white liberal discourses that seek to obscure and reconstitute white privilege in South Africa. I extended this interest in whiteness as a mode of privilege in my co-authored monograph on the everyday lives of white British-born migrants in South Africa. This qualitative project investigated British migrants transnational (and national), raced and classed identities as well as experience of places, spaces and belonging.

I have taught in various contexts in South Africa and the UK and strongly believe that teaching should be embedded in real world politics, connect with student backgrounds and interests and encourage curiosity and critical perspectives in the world around us.

At Westminster, I convene 5PIR5010W The Politics of Killing,  6PIRS009 Gender and Politics and contribute to 5PIR5001W Africa, Asia and Latin America: Dynamism and Change in the Global South.

This Leverhulme Trust Fellowship investigates Pride as a transnational and global phenomenon, documenting and analysing the contemporary politics, performances, effects and trajectories of Pride across selected national contexts, with a particular focus on non-Western and Global South Pride events. This fills an important gap in contemporary LGBTQ+ politics scholarship in contemporary global contexts. The research asseses earlier literature on Pride, which has mainly focused on the history of Pride and on Pride in Global North (primarily the US). It also interrogates existing theorisations of queer activism, as a distinct form of activism, which has predominantly been considered in Western-centric terms. The research develops an understanding of the roles, importance, problematics of Pride and conceptions and practices of queer activism. As part of this project, I will attend Pride events in China, India, South Africa and Brazil.

Migration, Space and Transnational Identities: The British in South Africa

I am interested in migration by privileged subjects, constructions of transnational identity and the perceptions and material experiences of space and place. In particular, I completed a British Academy funded project focusing on the lives, identities and histories of white British-born migrants in contemporary South Africa. Working with Professor Pauline Leonard (School of Social Sciences, University of Southampton), we interviewed over sixty British immigrants in South Africa and did ethnographic work in Cape Town, Johannesburg and Pietermaritzburg. In this study we were particularly interested in how British migrants relate to, participate in and embody South Africa's complex racial and political dynamics. In the (2014) book 'Migration, Space and Transnational Identities: The British in South Africa'  we explored the everyday lives of migrants, political and social attitudes and relationships with the places and spaces of South Africa, as well as expectations of the future, the complexities of transnational, raced and classed identities and senses of belonging.

I spoke about this project and the book on BBC Radio 4's Thinking Allowed programme in 2015.

In furthering the impact of this project, I was awarded an ESRC Knowledge Exchange Grant in collaboration with the Migration Museum Project (MMP) in order to create an academic/cultural heritage network and online exhibition and learning resource focused on 'Exploring the British Diaspora: Histories, Lives and Identities of the British Abroad'.

This body of work explores the gendered dynamics of militarisation and the possibilities and restraints on protest and dissent. In focusing on apartheid-era South Africa's militarisation, I analysed the defiance of compulsory military service by individual white men and the anti-apartheid activism of the white men and women in the End Conscription Campaign (ECC). The ECC was the most significant white anti-apartheid social movement in South Africa.

In the book 'Masculinities, Militarisation and the End Conscription Campaign: War Resistance in Apartheid South Africa' I analyse the interconnections between militarisation, sexuality, race, homophobia and political authoritarianism and draw upon a range of materials and disciplines in producing this socio-political study. I also explored the activist identities and repertoires of action that the ECC, as a new social movement, undertook

I have also developed this research by analysing and conceptualising the tensions of complicity, ignorance and ongoing racial privilege in accounts of activist pasts by white liberals in South Africa.