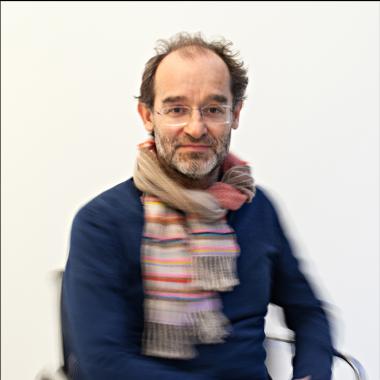 Connect with me
WestminsterResearch Personal website Other
I'm part of

Dr David Campany, writes, curates exhibitions, makes art and teaches a range of modules in photographic theory and practice, from undergraduate to doctoral study. His many books include 'So Present, So Invisible - conversations on Phoptography' (2018) 'Walker Evans: the magazine work' (Steidl 2014), 'Gasoline' (MACK, 2013), 'Jeff Wall: Picture for Women' (Afterall/MIT 2010), 'Photography and Cinema' (Reaktion 2008) and 'Art and Photography' (Phaidon 2003). He has written numerous essays for anthologies, catalogues and monographs, and has written for Frieze, Photoworks, Aperture, Source, Art Review, The Oxford Art Journal, The Philosophy of Photography and Tate magazine among others (generally he'd prefer not to live in a peer-reviewed culture). He has spoken on various issues in photography at venues worldwide including Centre Pompidou, Jeu de Paume, the Reina Sofia Madrid, Tate Modern, New York's Museum of Art and Design, Aperture and Le Bal. In 2013 David curated major shows of the work of Mark Neville (The Photographer's Gallery, London) and Victor Burgin (AmbikaP3 and Richard Saltoun Gallery).

David is a recipient of the prestigious ICP Infinity Award for his writings on photography.

David has taught in many areas of photographic theory and practice, from darkroom work, studio work and book production to classes on the history of the magazine page, the history of exhibitions, experimental photojournalism, image/text interactions, photography & the cinematic, revisions of modernism, semiotics & rhetoric, and postcolonial practices.

He is looking for doctoral candidates in these fields.