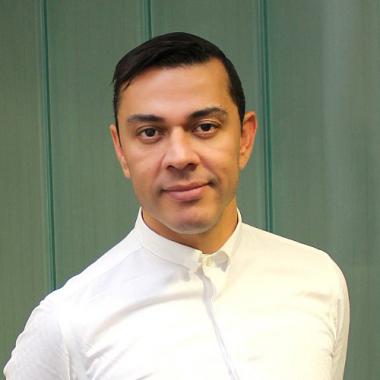 Unvan Atas joined WBS in 2010. Previously he has taught at various institutions such as Middlesex University, Birkbeck University, University of London, and Eastern Mediterranean University.

Prior to this, Unvan has had work and internship experiences at Tara HealthCare UK for consultation on company's database development and using it for database and direct marketing. Also, Unvan worked at Elise/Evolink Telecommunication Ltd for stock checking, reporting directly to Sales Director and providing regular reports and feedback. What is more, Unvan worked 3 yearsat Honey-Tel Ltd., London/UK for consulting in developing marketing strategy and web pages of the company. Designed the corporate logo, designing publicity materials and preparing database for B2B direct marketing, and some general office administration work.

PhD in Communication and Media, University of Westminster.

Unvan is a native speaker of Turkish and currently undertaking a Spanish class to improve his basic Spanish language.

Moreover, Unvan is a Visiting Lecturer for Eastern Mediterranean University.

Unvan has an interdisciplinary research interest of communication, media and politics. Some specific research focuses on media effects on public opinion, framing, political campaigning communication, advertising & PR and recently he has developed an interest in branding and consumer behaviour.

Currently, he has started to supervise a PhD student on the Influence of Social Media in Higher Education in the UK.

July 2011 - A Cross-National Analysis of Agenda-Setting Process in the 2004 Cyprus Referendum, Istanbul at International Association for Media and Communication Research

Nov 2009 - The agenda-setting battle between press and the political campaigners in the 2004 Cyprus Referendum at international conference of "development of agenda-setting theory and research. Between west and east", Wroclaw, Poland.

May 2004 - 1st International Eastern Mediterranean University Conference: Ethics in Communication and the Media, North Cyprus. An Enquiry of Ethics into the PR Battle Over the Representation of the Cyprus Issue.