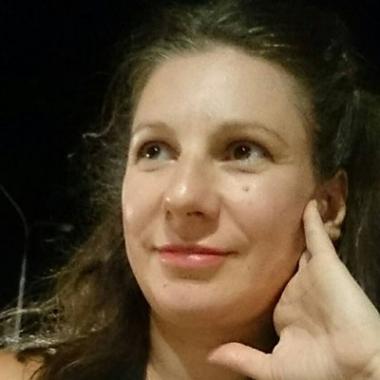 Thursday 12:00 - 14:00
Connect with me
WestminsterResearch Personal website Other
I'm part of

I am also a Fellow of UK Higher Education Academy (FHEA) and a certified STEM Ambassador.

I have more than 5 years industry experience in UK and Greece, and I have worked as image processing assistant and software developer in companies such as Incredible Networks Ltd., FLAG Atlantic UK Limited, and ALPHABET ABEE.

My research interests are in the areas of Computer Vision and Machine Learning with emphasis on tracking/recognising gestures in sign languages, human emotions and its applications in Affective Computing and Social Robotics. More specifically, in Brain-Computer Interaction using physiological signal analysis for emotion assessment (e.g. EEG) and in the analysis and recognition of facial and body gestures and emotions in adults and children using biosensors such as GSR.

Awards, Grants and markers of esteem.

2018: awarded research grant from the Dunhill Medical Trust together with colleagues from the Cognitive Computing Research Lab (UoW) and the Deafness Cognition and Language Research Centre (DCAL) at UCL.

2018: GPU Small Grant from NVIDIA. We have been donated (1) Titan V to support our research on hand gesture/face depth map from a monocular image or video without apriori depth information.

2017: (with 3 colleagues from the Dept. of Computer Science) "Westminster Teaching Excellence Team Award 2017" for contributions to the Mathematics provision.

2017: evaluation panellist for the 2016 call - Lifelong Learning for Intelligent Systems by CHIST-ERA (a consortium of funding organisations in Europe with programmes supporting research in ICT) as rapporteur for 1 proposal relevant to brain-computer interfaces and co-rapporteur for 3 others in relation to autonomous vehicles.

2016: Elsevier Outstanding Review Status, Applied Soft Computing Journal in recognition of contributions to the quality of the journal over the last 10 years.

2015: Area editor for the Neural Processing Letters Journal special issue on "Neural Networks for Vision and Robotics", Springer, May 2015.

I am a Fellow of the UK Higher Education Academy (FHEA) and have more than 15 years teaching experience in Academia (e.g. University of Alicante, Grimsby University, University of Westminster).

Between 2005 and 2013 I have served as Course Leader for the BSc (Honours) Computer Games Development course at the University of Westminster.

Between 2008 and until 2012, I have participated to the Erasmus Socrates Teaching Exchange scheme (ERASMUS+) with the University of Alicante, Spain where Pervasive Systems and their applications were taught at Master level.

Since 2012 I have been External Examiner to the following courses:

1) B.A. (Honours) Games Design degree at the University of Hull

I teach a range of undergraduate and postgraduate modules with emphasis on 3D Graphics Programming, Mathematics for Games and Computing and Image Processing.

Finally, I am Director of Studies and Supervisor to Ph.D. students.

I have been involved as PI or co-investigator in several research grants and consultancy projects::

Co-chair for the 2nd Special Session on Neural Networks applied to Vision and Robotics (NNVR), part of the IEEE World Congress on Computational Intelligence 2014, WCCI 2014, China.

Co-chair for the Special Session on Active, Incremental and Autonomous Learning: Algorithms and Applications (AIAL), part of the International Joint Conference on Neural Networks, IJCNN 2012, Australia.

Co-chair for the Special Session on Autonomous and Incremental Learning (AIL), part of the International Joint Conference on Neural Networks, IJCNN 2011.

PC member for the International Conference on Pattern Recognition Systems

PC member for the International Conference on Computer Games, Multimedia and Allied Technologies