Radha D’Souza, Associate Professor of Law and Development at the University of Westminster took part in an international television debate on Al Jazeera’s ‘Inside Story’ on the 21 September 2012. 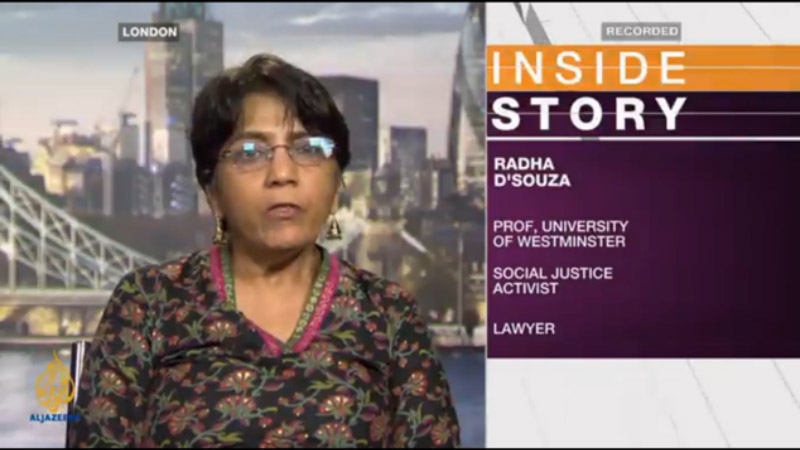 Inside Story asked: “Are these reforms a shot in the arm for India's troubled economy? Is the political fallout likely to overwhelm the shaky coalition that rules the country? And what are the motives behind this new series of retail reforms in India?”