A team of 14 students and graduates from the University of Westminster’s Faculty of Science and Technology took home a gold medal in the International Genetically Engineering Machines (iGEM) competition which took place in Boston. 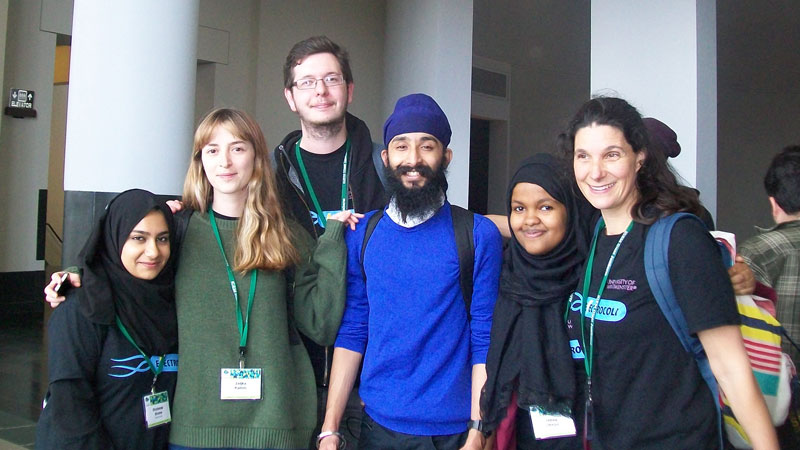 iGEM is an annual global student competition in synthetic biology, open to all universities and high schools. The Westminster student team were the first University of Westminster team to have achieved a gold medal. The team were awarded for their work in the production of an efficient microbial fuel cell which is a new source of renewable energy.

Speaking of their project, the team said: “Our project is aimed towards producing what is referred to as a microbial fuel cell (MFC). Microorganisms are grown within an energy cell from which we can harvest the electricity that is produced by the microbial community which is a new source of renewable energy. The microbes consume elements from waste water which provides the organism with energy to survive. This in turn reduces the toxicity of the waste water. As the microbes grow they start to produce electricity.”

Graduate in Applied Biotechnology MSc Tom Bridge and final year student Zeljka Kalinic had previously taken part in the 2013 iGEM competition, and were confident that with their prior experience, they could lead their team to achieve great success.

“As a result of our involvement and enjoyment, we decided to embark upon the arduous task of recruiting students for this year’s competition. This time we were team leaders and successfully led the team to achieve gold. This was a very personal mission, as we did not want to end our education at Westminster never reaching our dream of correcting the mistakes made by the previous team and reaching our full potential,” said Tom and Zeljka.

Graduate in Biochemistry BSc Honours, Amy MacLatchy was also recruited as a team leader because of her project management and research skills. As an award winning student, her organisation and commitment helped motivate and guide the rest of the team through the project deadlines. The remaining team members took the opportunity to join the project as a way to improve their laboratory, research and project management skills.

The University of Westminster’s Faculty of Science and Technology has a thriving research culture, and boasts state of the art facilities.

Find out more about the Westminster iGEM team and their work.