Children sticking their tongue out while concentrating is not merely a childhood quirk, but a behaviour which fits the theory that spoken language originally evolved from gestures, according to research by comparative cognitive neuroscientist and Senior Lecturer in Psychology, Dr Gillian Forrester. 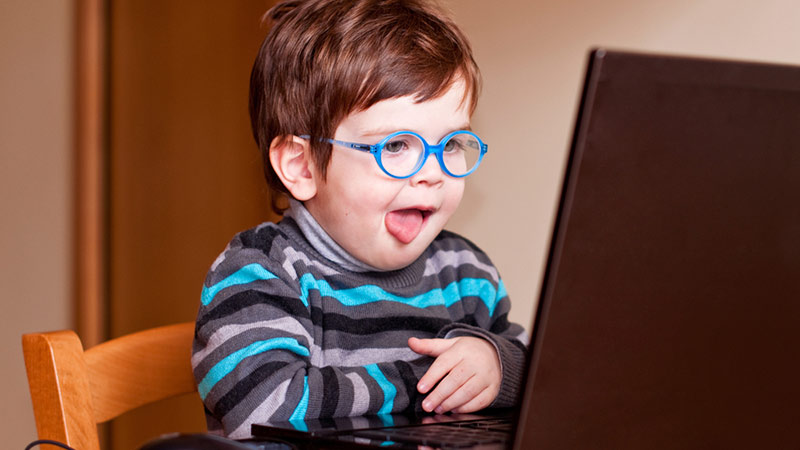 In the first-of-its-kind study entitled ‘Slip of the tongue: Implications for evolution and language development’, British scientists Dr Gillian S. Forrester and Dr Alina Rodriguez investigated the biological underpinnings of children’s tendencies to stick their tongues out whilst in a state of concentration.

Speaking about the study, Dr Forrester said: “The initial idea to investigate tongue protrusions happened by chance. My colleague and I were investigating handedness for fine and gross motor actions and I noticed that the children’s tongues were visibly active during these activities.”

The investigative study was designed to involve either very fine hand control such as opening padlocks with keys, less fine control which involved playing a hand game with a researcher or no hand control, such as remembering a story.

The conclusions of the study suggest that sticking the tongue out during tasks of concentration is a typical and common behaviour in children. Additionally, the children in Dr Forrester and Dr Rodriguez’s study were found to have stuck their tongues out most frequently during tasks that mimic the rules of language.

The researchers argue that their surprise finding makes sense in terms of the evolutionary history of language. They explain the knock and tap game involves rapid turn-taking, hand gesturing and structure rules – what you could think of as "the foundational components of a communication system" or the rudiments of language.

The researchers revealed that during fine motor activities, children were more inclined to stick their tongues out to the right side. Dr Forrester explained: “For me, the most exciting interpretation of the study is that right-biased activity of the tongue and hands during fine motor tasks supports the idea that hand and tongue articulation is governed by shared brain processes. This would have provided a natural bridge for an early communication system to pass from hand gestures to speech in early man.”

Dr Gillian Forrester is a Senior Lecturer in Psychology in the Faculty of Science and Technology at the University of Westminster, and a comparative cognitive neuroscientist interested in the evolution and development of human cognition. Her research involves the integration of modern technology and the convergence of methodologies across multiple disciplines. She has previously held a Daphne Jackson Trust Research Fellowship.