Professor Adam Lazowski, teaching EU Law at the University of Westminster, delivered a lecture titled “Digital World at the Time of Brexit” at the 15th Jean Monnet Seminar, taking place in Dubrovnik. 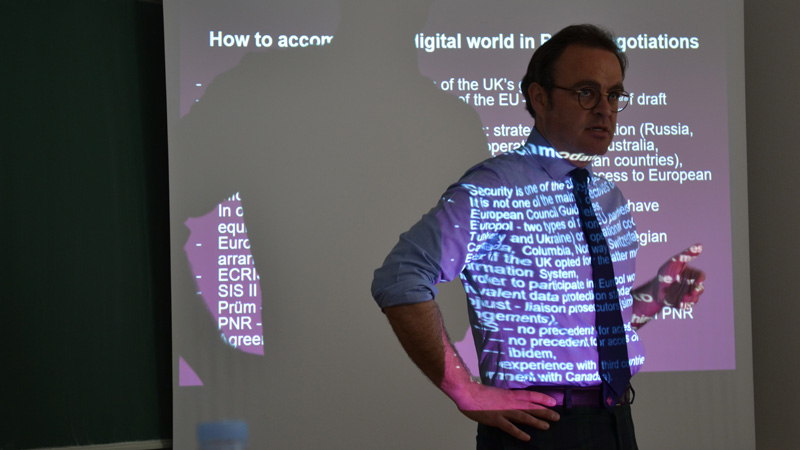 On 24 April, the 15th Jean Monnet Seminar, aimed at enabling global professors and researchers specialised in European integration studies to share information and communicate on the topic, was organised by the University of Zagreb and held in Dubrovnik.

Westminster Professor Adam Lazowski was invited to deliver a lecture entitled “Digital World at the Time of Brexit”, at the 15th Jean Monnet Seminar focusing on the following topic: “The EU and Trust in the Online Environment”.

During his lecture, Professor Lazowski made a number of crucial arguments. The starting point was how the Brexit Referendum and the way the modern technology, including social media, shaped and influenced the debate. He also mentioned the impact of Brexit on EU law and security in the United Kingdom. The centre of gravity of Professor Lazowski’s analysis was current access that the UK authorities have to various EU databases facilitating the fight against crime, including terrorism.

He said: “Both sides, the UK and the EU, should give those matters priority during forthcoming Brexit negotiations. It is in the vital interests of both sides that the UK has continued access to these databases and contributes to them with transfer of data. It is one of many arguments as to why Brexit should have proper legal foundations and, by the same token, why unilateral withdrawal should not be seriously taken into account.”