Professor Terry Lamb presented a keynote speech at the community event “Learning a home Language: Helping to foster the next bilingual / bi-cultural generation - The Ramgarhia Story” hosted at the Ramgarhia Panjabi School in Newham. 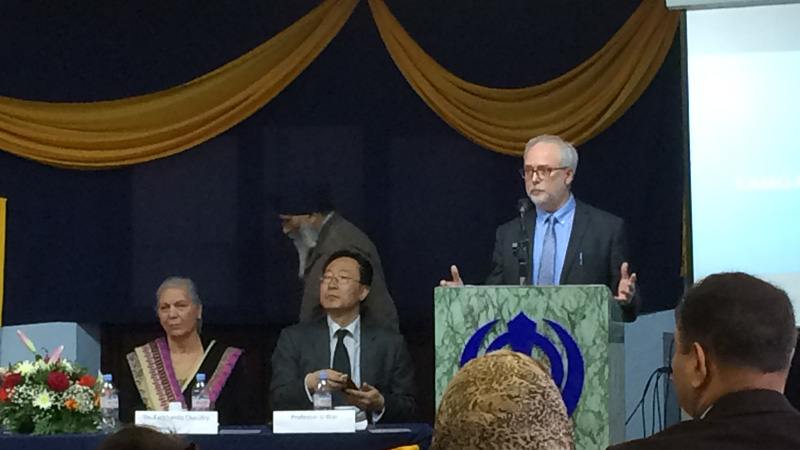 The community education event took place on 1 April to celebrate bilingualism and the power of complementary schools to foster and develop language skills and cultural identity in young people.

Terry Lamb, Professor of Interdisciplinary Pedagogy and Director of the Centre for Teaching Innovation (CTI) at the University of Westminster delivered a keynote speech at the event which was discussed as part of a panel discussion.

He said: “It was a great privilege to be invited into the Ramgarhia Panjabi School and to be asked to provide some reflections at the end of the morning. The headteacher spoke about the strong ethos and values of the school, which reflected the importance of education and lifelong learning, of bilingualism, of community and family, of high quality teaching, and of building pupils' confidence as well as respect for all religions and cultures.

“What was striking, however, was that you could feel the ethos in the school - clearly it wasn't just something talked about but something lived. The happiness I felt there lifted my spirits and I was happy to share that with the audience. I look forward to visiting again and working with the community."

The University of Westminster runs a language programme, Polylang, which offers Westminster students and staff the opportunity to learn one of eight languages, Arabic, Spanish, Chinese, Italian, French, Japanese, German, and Russian, alongside their work or study:.

The programme is expanding constantly and there are currently approximately 1,300 Westminster students and staff taking Polylang modules.