BA Photography student Rosario Glorioso has put on a photography exhibition entitled ‘The Regulars’ featuring portraits of customers of a restaurant where he works as a waiter. 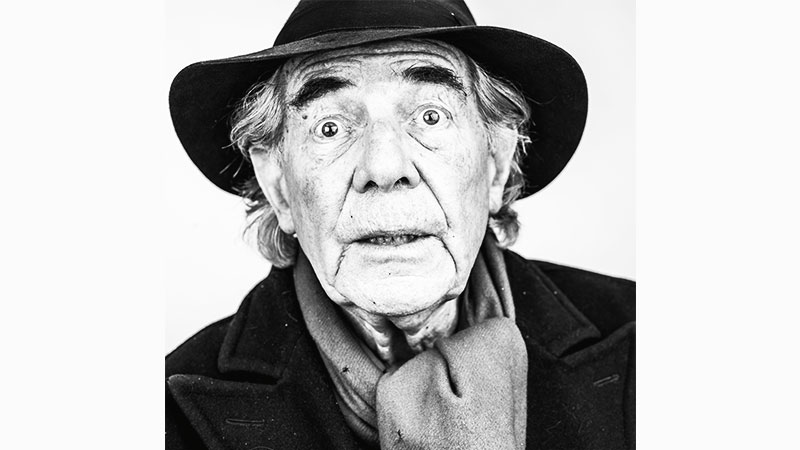 Rosario, who is originally from Sicily, has worked at Branca restaurant in Jericho, Oxford for four years. He started photographing customers of the restaurant for his final year degree project.

The exhibition named ‘The Regulars’ features black and white portraits of a local barber, an artist, a retired writer, a teacher, a barman, a former cabin crew worker and a business owner.

“The exhibition at Branca is part of my final year Major Project, and the idea for this project was born out a sense of empathy that I've developed with a number of customers.

“There’s a big sense of community here and barriers don’t exist between staff and customers. When I sat down to photograph the customers, many told me their life stories and there was a great sense of empathy between us. I’ve been in Oxford for 12 years and I’m fond of the British culture and way of life. I’m about to leave and wanted to give something back to the city before I go.”

Film-maker and retired architect Peter Winchester, who was photographed for the exhibition, said: “He really managed to capture my spirit and the essence of Jericho life in the photograph. He’s a serious photographer and the pictures are very powerful.”

Branca owner Paul Petrillo said: “I’m thrilled he’s chosen Branca customers as his inspiration. It’s great to bring an exhibition together to represent different layers of Jericho life. Rosario has worked here for 4 years and is hugely valued member of the Branca team and will be missed when he returns to Sicily”.

Rosario’s photography exhibition, ‘The Regulars’, will run until Thursday 4 August at Branca restaurant on Walton Street in Jericho, Oxford.

Find out more about the University of Westminster’s Photography BA Honours here.