A University of Westminster PhD student, Amrutha Chilumuri, shared the stage with actor James Nesbitt when she presented her latest findings at a major dementia research conference organised by Alzheimer's Research UK. 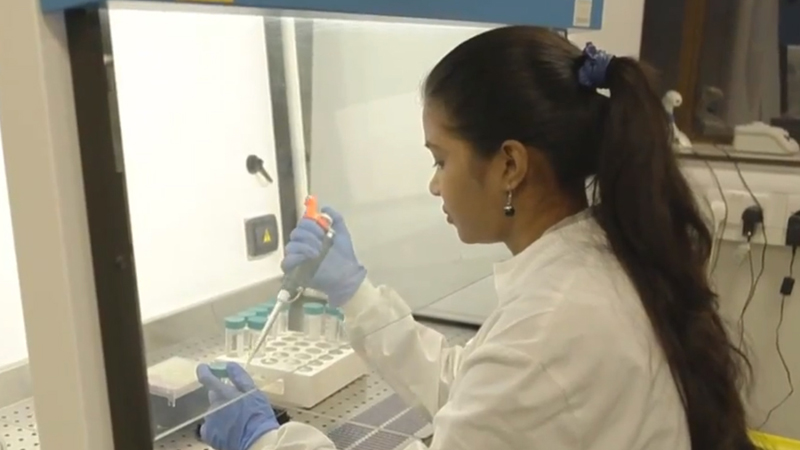 Hundreds of the world’s leading dementia doctors and scientists gathered at the Alzheimer's Research UK Conference 2013 in Belfast on Monday 11 March 2013 to discuss the latest research developments.

Amrutha was selected from the submissions by PhD students across the UK to give a presentation of her work. She shared her research into the involvement of the kisspeptin hormone in the disease. At the same event, James Nesbitt opened the conference with a call for the Government to prioritise Alzheimer’s research.

Her work, with her supervisory team including Dr Nat Milton and Dr Maria Ashioti at the University of Westminster, has focussed on the ability of kisspeptin to prevent the toxicity of a protein called amyloid-beta – a hallmark of Alzheimer's disease. As part of the study, Amrutha has discovered that kisspeptin is found within the Alzheimer’s brain and may be part of the body’s own defence against the disease.