A University of Westminster PhD student has brought the story of pioneer Afghan cameleers in Australia to a global audience in a new BBC World Service radio documentary. 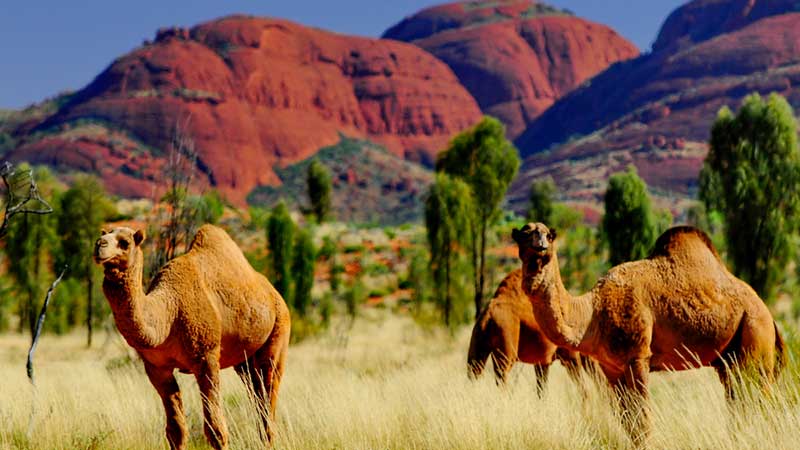 Dawood Azami, who is completing a PhD in the Department of Politics and International Relations, has recently completed a two part radio documentary on the contribution of Afghani migration to Australia for the BBC World Service. Afghani cameleers played a key role in building and sustaining early outback communities in the late 1800s.

The first of two programmes focuses on the life and legacy of the Afghan cameleers and the role they played in the development of railway lines, overland Telegraph line and provided supplies to remote mission stations and farms. They became part of the pioneering legend of inland Australia by opening up the Australian deserts, exploring it and enabling the early white settlers to survive.

Dawood explores the hardship and discrimination the Afghan cameleers faced and tracks down the descendants of those Afghans who stayed in Australia and married aboriginal and white settler women. They are proud of the role their ancestors played in the development of the Australian nation, but they also complain that their contribution is not recognised by the Australian government and the society in general.

Dawood Azami is an award-winning Broadcast Journalist working for the BBC World Service in London. He has been working with the BBC since 1998, first as Producer and then as Senior Producer/Desk Editor. He was the BBC World Service Bureau Chief and Editor in Afghanistan (2010-2011). He is currently completing a PhD in Politics and International Relations at the University of Westminster.

Dawood has also been a Visiting Lecturer at the University of Westminster, London, teaching globalization, power and international governance. He was a Visiting Scholar at Ohio State University, USA. Previously, he worked as the head of an educational and training institute in Pakistan and Afghanistan. Azami was selected in 2012 as a European Young Leader under the first pan-European programme of leadership called “40 under 40”, and won the BBC Global Reith Award for Outstanding Contribution in 2009. A PhD candidate at the Centre for the Study of Democracy at the University of Westminster, he holds three Bachelor's and three Master's degrees, including in science, law and international relations.

Listen to the programmes on BBC iPlayer Radio