Westminster Graduate becomes an Individual of the Year

Agata Dmoch, who graduated in Law from the University of Westminster in 2007, has received an Honour Award, 'Individual of the Year', from the Ambassador of Poland in the UK, His Eminency Witold Sobków, for her extraordinary contributions to the Polish community in the UK and the Polish-British co-operation. 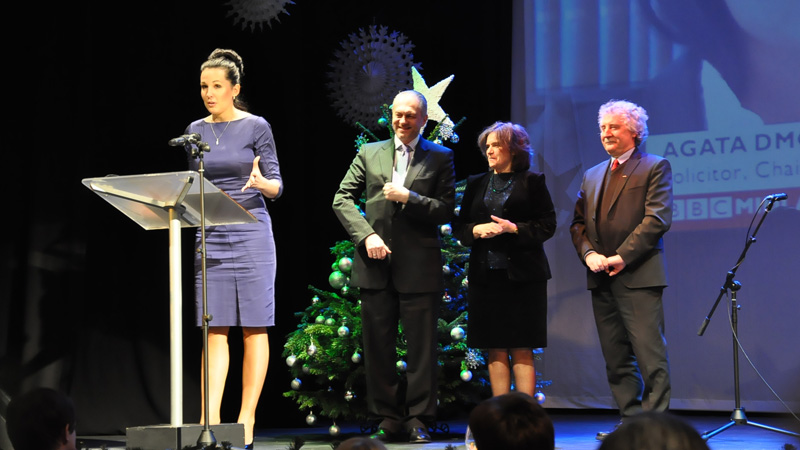 On 19 January 2013 Agata received the award from the Deputy Prime Minister of Poland in London, Longin Komołowski. Accepting the award Agata said:

"There is still a belief among various ethnic minorities in the UK that success and high posts are reserved for the British, and that the British do not accept us. I hope that my story illustrates that both of the above assumptions are wrong. Success is not a matter of nationality, but rather a question of hard work and determination."

Agata came to the UK in April 2004. She graduated in Law from the University of Westminster in 2007. She completed her LPC at the College of Law in Birmingham in February 2010 and a training contract with a law firm in the Midlands. On 1 September 2011 Agata was admitted as a Solicitor of the Senior Courts of England and Wales.

In the meantime Agata was accepted on Aston Business School’s prestigious MBA, where she was awarded the title of 'Aston 100' – a title awarded to Aston students for extraordinary achievements.

In August 2012 Agata was interviewed for the main local evening news, 'Midlands Today', as the Chair of Midlands Polish Business Club, and in September 2012 she took part in the BBC2 programme 'Hilary Devey’s Women at the Top'.

Agata specialises in commercial/corporate law. In October 2012 she led an acquisition of a plastic surgery clinic in Poland and she is now a 50 per cent shareholder of that business.