A University of Westminster alumnus, Sebastian Marcu, is pioneering the making of crumb-free bread, which may revolutionise food choices in space. This could have a major positive impact on the well-being of astronauts. 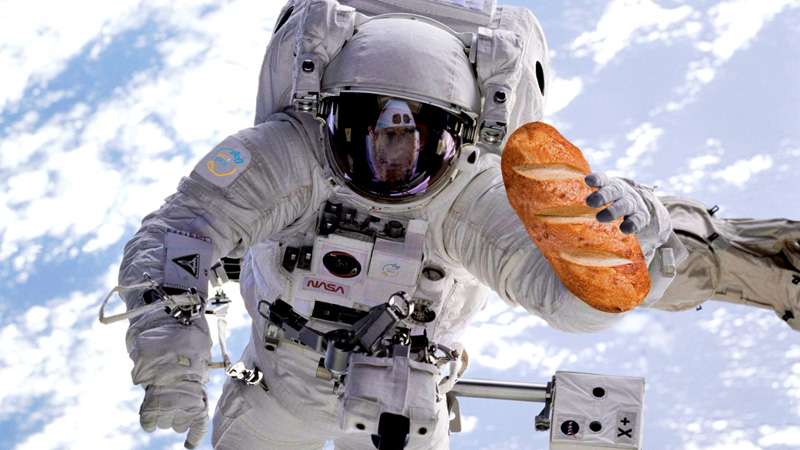 Traditional bread is incompatible with space missions because it is likely to break into crumbs, which have the potential to damage sensitive equipment, interfere with the ventilation system of spacecraft and even injure the eyes of astronauts. Therefore, tortilla wraps are the alternative currently being used in space.

The Interactive Multimedia MSc alumnus, who graduated in 2002, founded the company called Bake In Space that is developing a special dough mixture to produce crumb-free bread along with a new baking technology that can be used in microgravity. Apart from the recipe itself, the challenges included preventing the release of a hot air bubble when opening the oven, as lingering around the space station this could burn astronauts when they fly through it. Another challenge that Bake In Space has pledged to overcome is that on the International Space Station (ISS) the available power is only 270W, which is only one tenth of the power used on Earth for ovens. The space ovens will therefore need to be well insulated to reach the desired temperature.

The mixture and technology will be tested on the ISS in 2018.

About coming up with the idea of the project, Sebastian said: “The current quality of life offered in the International Space Station is not a sustainable condition for humans, and is part of the problem that makes it difficult to send astronauts further to Moon and Mars for extended periods of time and make space accessible for tourism. As humans are emotional beings our environment plays a major role in creating a sense of wellbeing. Bread seems to have always been a symbol for quality of life, wellbeing and community, and in essence it is the best way to remind humans of home through our senses. That’s why we at Bake in Space believe that bread is our stepping stone for the human exploration of space.”

He added: “In the future we hope to be able to offer the full scope of baked products, which remind astronauts of home. In a commercial sense this means providing the baking and cooking infrastructure for future astronaut missions and even tourists in space. Beyond that I see great potential for spin-off technologies and products for use on Earth.”

After seven years of working on high impact outreach activities at the European Space Agency (ESA), Sebastian continued providing outreach services to the space and science sectors through his own company Design & Data. Inspired by recent commercial and entrepreneurial activities happening in the US, he decided to kickstart a grassroots movement around space startups in Europe, and his company with a number of volunteers organised the first European Startup Weekend Space in Bremen in 2015. Many great ideas came out of this weekend and some of the resulting startups are still active today.

Reflecting on his time at the University, Sebastian said: “My time at the University of Westminster 15 years ago has been a great starting point for launching my career in the space sector. At the time of my studies I had no clue what I would do next and if anyone had asked me if I would ever wind up in the space sector, I would probably have said a definite “No, never”. Funny how life goes if you keep an open mind and try out new things.”

Learn more about the Interactive Media Practice MA course at the University of Westminster.