The University of Westminster’s Alumni Team held the first of its new series of alumni panel events titled ‘Now What…? Overcoming career confusion with Westminster alumni’ on Thursday 6 October. The event was designed to give a helping hand to students and alumni who are unsure about which career route to take after university. 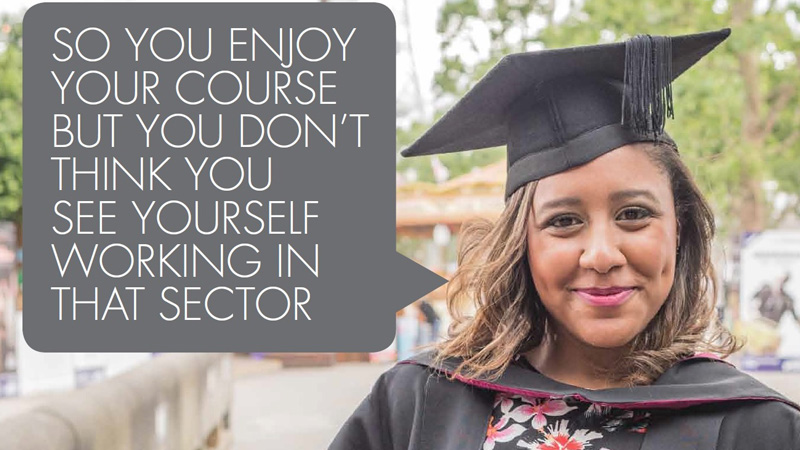 To combat the issue that affects a silent majority of students, four alumni who have taken unusual career paths joined the discussion panel to share their personal stories of trial and error, fortuitous accidents and challenges as they found their way to fulfilling, successful careers.

The panel included Miriam Hanna, Human and Medical Sciences BSc Honours graduate, now a PR and communications recruitment consultant for The Works Search, who listened to her friends when they saw her potential for a role completely unrelated to her medical background. Her advice to the audience was: “It is important to learn when to listen to people – and when to ignore people.”

Another panellist was Jack Hart, Politics BA Honours graduate who found himself writing letters about badgers and buying socks for MPs as a Parliamentary Assistant before becoming a Senior Researcher in Crime and Policing for the GLA Conservative Group. He said: “Every little thing you do eventually builds up into something bigger so take every opportunity you can.”

Contemporary Media Practice BA Honours graduate Rebecca Graham is an award-winning music video director, who fell into a repetitive cycle of starting and dropping out of courses until she discovered she was dyslexic, which was a life-changing realisation. She told the audience at the ‘Now what?’ event: “I learnt how to break everything down into micro-tasks. It isn’t 1,000 words I have to write, but one sentence. And then another sentence and another to make up a paragraph which will become a chapter. And that has echoes throughout life.”

The fourth panel member was Akshay Khullar who graduated with a Computer Animation PG Diploma in 2007. He followed his passion for gaming before side-stepping into the financial world to become the User Experience Manager at investment firm Fidelity International. His advice was that “Keep learning. Share. Break out of your comfort zone. Practice, practice, practice. And ask why.”

Organised by the Alumni Team, the event was part of a new series of alumni panel events taking place twice a year. Each event has a different theme, and one event a year will be focussed on careers. The next in the series will take place around International Women’s Day in March 2017, with details to be confirmed later in the year.

Watch the video to hear the alumni panel’s full stories and learn from their journeys as they share their hard-earned advice and wisdom.