Alumna Nelufar Hedayat, who has graduated from the University of Westminster’s English Literature BA Honours course, is behind The Traffickers docuseries exposing black market trading. 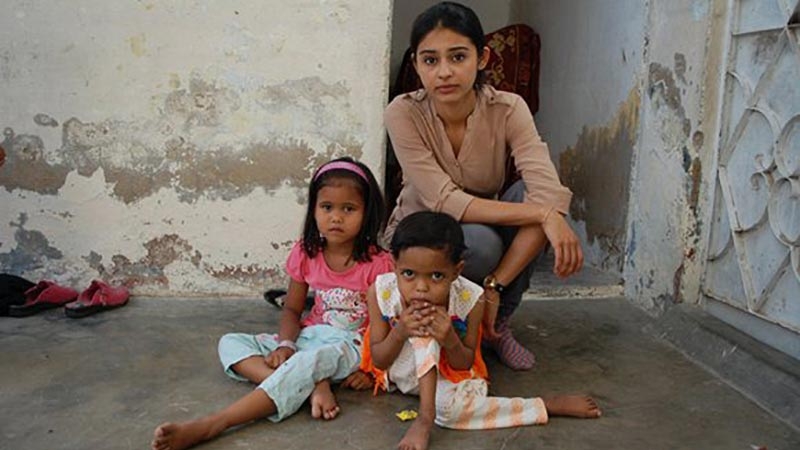 The Traffickers which made its premiere on Sunday 13 November on Fusion TV Channel reveals the mysteries surrounding dangerous black markets. Hedayat spent more than a year travelling around 22 countries in the world, following the process of illicit trafficking. The episodes focus on different aspects of the black market trade ranging from guns, precious metals and endangered species to babies and human organs.

Asked on why she decided to take up the investigation on black market trafficking, she told Teen Vogue: “Because it tapped into a lot of things that I think, as a journalist, fascinate me. The Traffickers is looking at the world between worlds.”

Since graduating from the University of Westminster, Nelufar has presented, co-produced and written documentaries for television and radio, while also investigating and reporting on themes of global interest such as Malala Yousafzai’s inspiring story.

Hedayat made her debut to the industry with her work on the Unreported World series, uncovering the secret world of the dog meat trade in Vietnam.

Speaking about her experience at the University of Westminster, Hedayat said: “I am where I am because of Westminster Uni and that's not me being hyperbolic. I still remember the email that set my career path. It was from the head of my faculty Alexandra Warwick about getting involved in debate shows on BBC Asian network. From there I got spotted and made a documentary. Now I am, where I am. It didn't hurt either that I got a First Degree thanks to my dissertation co-ordinator's help and others like Professors Sas Mays, John Baker and lots more who supported me.”