Westminster graduate and journalist Nelufar Hedayat’s report on Vaccination Wars will be aired tonight on Channel 4 at 7.30pm. 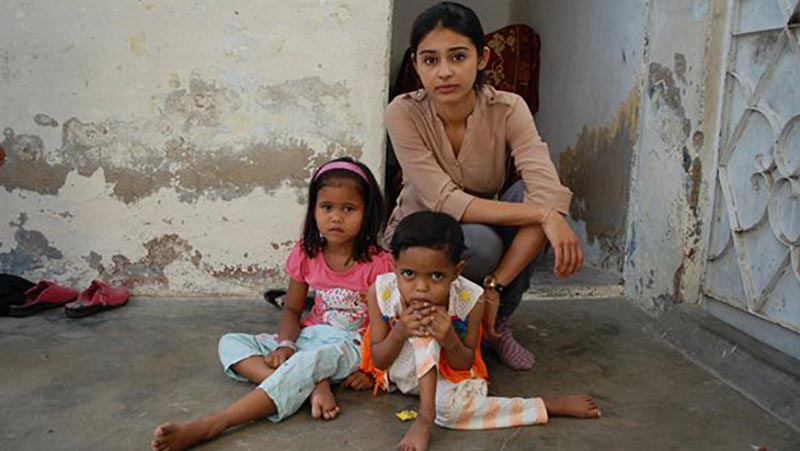 In the programme for the Unreported World series, Nelufar Hedayat reports from Pakistan, where polio rates are on the increase. Hedayat, who has worked with the BBC as well as Channel 4 News, travels to Karachi, Pakistan, to meet health workers risking their lives to vaccinate children against the polio virus.

Since graduating in English Literature BA Honours at the University of Westminster, Nelufar has presented, co-produced and written documentaries for television and radio, including Shot for Going to School, Riots and Revolutions: My Arab Journey and Music, Money and Hip Hop Honeys, all for BBC Three.

In her debut for the Unreported World series, Hedayat uncovered the secret world of the dog meat trade in Vietnam. The critically acclaimed series reports on the lives of people in some of the fastest-changing areas of the world.

Speaking about her experience at the University of Westminster, Hedayat said: “I am where I am because of Westminster Uni and that's not me being hyperbolic. I still remember the email that set my career path. It was from the head of my faculty Alexandra Warwick about getting involved in debate shows on BBC Asian network. From there I got spotted and made a documentary. Now I am, where I am. It didn't hurt either that I got a First Degree thanks to my dissertation co-ordinator's help and others like Professors Sas Mays, John Baker and lots more who supported me.”

Hedayat’s work often focuses on cultural upheaval experienced by women, children and families during conflict, especially in her native Afghanistan. Her 2010 film Women War Weddings and Me saw her return to Afghanistan for the first time in 15 years, to look at how her life could have been if she and her family had not left. The film was a huge critical and international success, winning the Broadcast Digital Award for Best Current Affairs Programme.

Having chosen to study her BA in English Literature at Westminster, she said: “I felt completely free to explore and stretch conventional and canonical thoughts to incorporate my own perspective. What more could you want?”

The English Literature BA Honours at the University of Westminster aims to make the most of our central London location – in the midst of galleries, museums, cinemas and theatres, and the urban landscape – as a resource for studying the social and theoretical issues relating to literature.