Toby Burgess and Arthur Mamou-Mani, who are both lecturers in the University’s Department of Architecture, teamed up with scientists to develop The SmartThings Future Living Report which looks at the way we will live in the future. 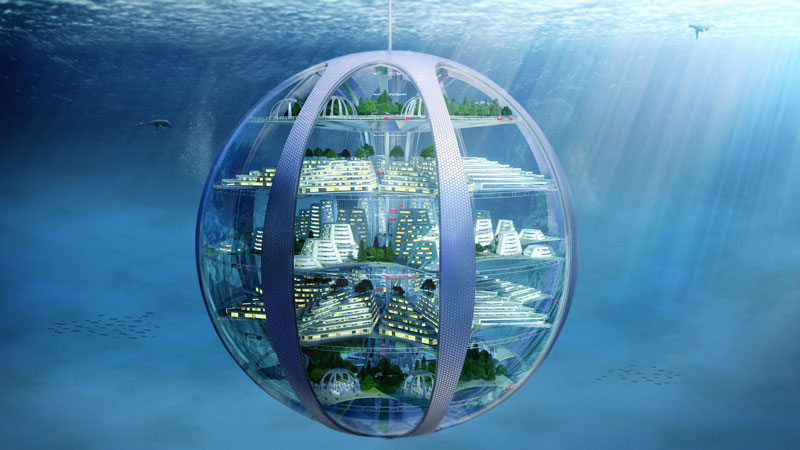 The report, which was commissioned by Samsung, predicts that communities will be living underwater in giant bubble-like structures by 2116.

They also assert that there will be super-skyscrapers, which will be built up-to 25 floors down into the Earth.

Elsewhere, drones are predicted to become the common mode of transportation by 2116. Some of these drones will be strong enough to carry homes (meaning that hotels may become useless).

Additionally, they argue there will be humans on both the Moon and Mars in the next 100 years. They also believe there will also be regular, commercial flights into space.

Finally, the way homes are designed is predicted to change significantly. It is claimed that furniture will be easy to replicate, using 3D printing. In fact, they argue that entire houses will be 3D printed. In terms of food, the team believe that it will be easy to download food, which can be printed and eaten. The walls of houses will be of LED lights too, meaning that the colour of rooms can be adjusted to match mood.

Speaking about the report, Arthur Mamou-Mani said: “Toby Burgess and I have been exploring the future of living with our students since we first started teaching at the University of Westminster four years ago. Our homes and cities are undergoing a fast-paced technological revolution which is caused by the convergence of the physical and the digital world through hyper-connected machines such as 3D printers, drones and home sensors.

“Together with a team of scientists and based on our academic and professional research, we have tried to identify the main changes in our living space that are likely to take place in the coming 100 years.”

The predictions were made by the two University of Westminster academics, as well as a number of other academics, futurologists and urbanists.

Find out more about the Faculty of Architecture and The Built Environment at The University of Westminster.