Dr Andrew Smith, Reader in Tourism and Events at the University of Westminster, presented his research on commercialisation at a conference organised to discuss the crisis facing public parks. 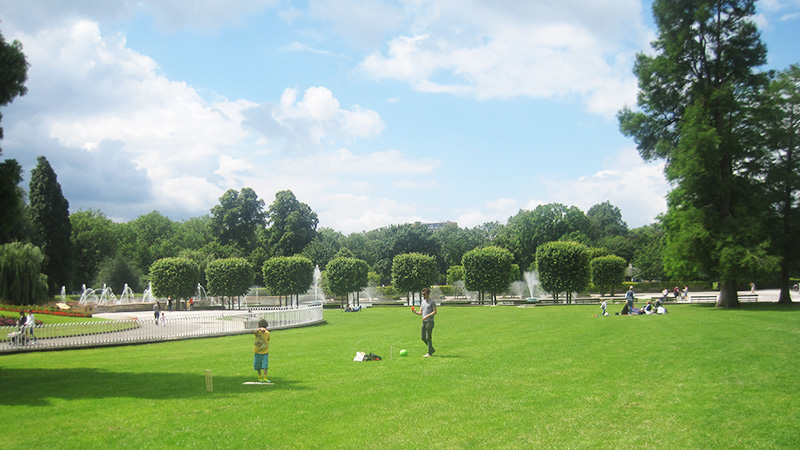 In the summer months Londoner’s benefit from the city’s renowned parks, but the future of these vital green spaces is under threat. Parks in the UK are currently facing a crisis caused by reductions in local authority funding and this is likely to get worse: 95% of park managers expect their budgets to be cut over the next three years (HLF, 2016).

Last week, park professionals and leading academics met to discuss the current problems facing parks at the ‘Future of Public Parks Conference’ hosted at the British Academy in London. One of the speakers was Dr. Andrew Smith from the Faculty of Architecture and the Built Environment who discussed his research on the commercialisation of parks. Many parks now need to generate commercial revenue; but this is often controversial and Andrew highlighted the potential for, but also the pitfalls of, commercial funding.

Parks can generate significant amounts of commercial revenue and there is public support for public events. However, commercialisation is opposed by many for ideological reasons, for example, the revenue earned doesn’t always go in to park budgets and, even when it does, this is used as an excuse to reduce public grants. Some parks are better positioned to capitalise on commercial funding than others - particularly those in affluent areas - so there is a danger that commercialisation exacerbates existing inequalities in park provision.

Andrew’s research has shown that parks are increasingly reliant on funding from commercial events something that has led to disputes between park authorities and local users. To help avoid such conflicts, he has been working with a Parks for London Action Group to create series of recommendations for staging large-scale events in London’s parks. These include greater involvement from local groups in decision making, improved communications with users and staging events that can achieve social policy objectives as well as generating income.

The conference also featured the Chair of the Communities and Local Government Select Committee who reported the findings of a recent Parliamentary Inquiry into Public Parks. This Inquiry generated a record number of submissions, including one submitted by Andrew on behalf of the University of Westminster. The Inquiry highlighted the significant role that parks play and recommended the need for better leadership and co-ordination at the national -level. However, it stopped short of recommending that parks be made a statutory duty of local authorities.

The speakers and delegates at the Conference agreed that academic research has demonstrated the value of parks. What is needed now is action to ensure that our parks are protected so they can be enjoyed by everyone for many summers to come.

Andrew’s latest book Events in the City: Using Public Spaces as Event Venues (Routledge, 2016) will be published in paperback this August.