The University of Westminster Students’ Union (UWSU) has announced the nomination shortlist for their 2020 Awards. 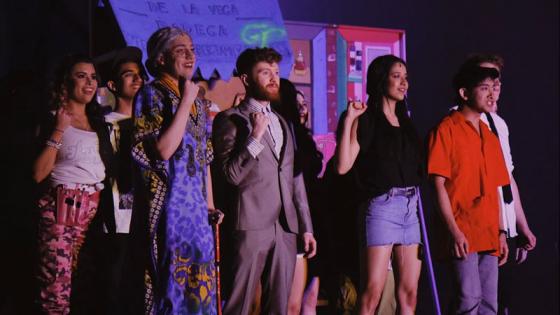 The Awards are an annual event held to recognise the exceptional work of student groups, volunteers and staff. The awards are an opportunity to celebrate and showcase all that the amazing students do. Groups and individuals are nominated by peers and staff alike for their work and then the shortlist and winners are decided by a committee made up of UWSU staff and the Sabbatical Officers.

The French Society said about their nomination: "While creating this society, we did not think that it would have all the support it had. We spend all year trying to bring the French culture into the University, through conferences and events, French learnings and are happy to see that all our efforts were awarded like this. We also would like to thank the SU and the University for the nomination and the external support they gave to us. Hopefully our family will grow on vous aime - the French family."

Jillian Keith, Head of the Musical Theatre Society, who is nominated for Society President of the Year along with the nomination for Student Group of the Year and Event of the Year, said:  “Seeing Musical Theatre nominated for so many different categories was such a treat and a wonderful surprise! We spend all year rehearsing and putting our everything into a few mere hours of performance, but those hours are worth everything to us. It’s so nice and encouraging to see how much that time and effort means to everyone else too, and to have the SU and student body recognise this with not only their support, but these nominations as well.

“In the Heights was such a wonderful bonding and special experience for everyone in this Society. Through the hard work of our cast, crew, directive team, committee, choreographers, vocal director, band, set designers, and volunteers we were able to put on a high-tech, spectacular show that this society has never been able to accomplish in the past. We truly raised the bar for this society and awareness of all art-based societies on campus and we will forever be grateful for what this show has provided us with: a home.”

Derrian Douglas, Journalism BA Honours student and Head of Events for Smoke Radio, said about her nomination: “I feel really honoured to be nominated for Student Journalist of the Year in my first year in the committee, and really humbled to be nominated alongside my friends and fellow committee members from Smoke Radio. We all worked so hard to get here and I’m glad our work was recognised.”

The Sports Awards categories are Biggest Sporting Achievement, Captain of the Year, Most Improved Team, Player of the Year, Sports Committee of the Year and Team of the Year.

Arian Ahmetaj, Captain of the Men’s Basketball Team, who are nominated for Biggest Sporting Achievement and Team of the Year, said: “Having Men's Basketball be nominated for two awards is a wonderful achievement for our team. We've spent countless hours in the court, training and trying to fulfil the goals we set at the beginning of the season. Thankfully, our hard work and sacrifice was rewarded by winning both the league and the cup. It was a great achievement for our club, and we're proud and humbled that our team's success is being recognised by the SU and everyone in the University.”

The Student’s Union said: “We are immensely proud of all of the students and it’s such a pleasure to be able to recognise them in this way every year. This year we are running the event virtually to ensure we still get the chance to celebrate all the achievements.”

Due to current circumstances, the awards will be hosted live on Facebook and YouTube on Friday 24th April from 6pm onwards.