A collaborative research project between the University of Westminster and Middlesex University led to the launch of the campaign Small Talk Saves Lives, aiming to empower the public to act in order to prevent suicide on the railways. 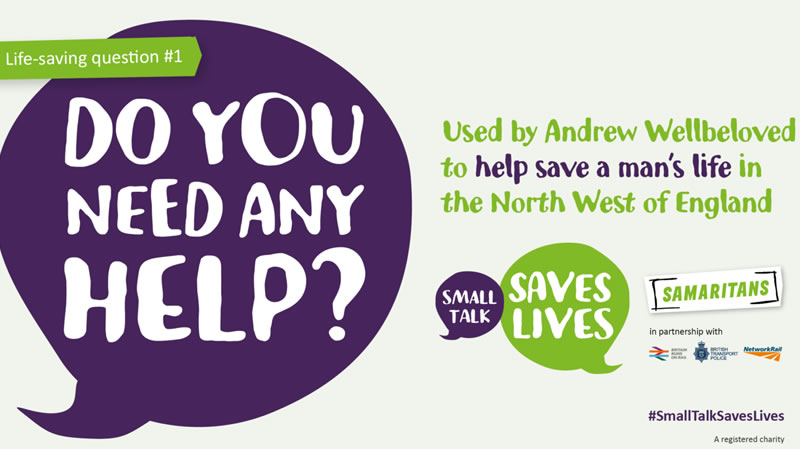 Small Talk Saves Lives is a campaign by the Samaritans charity, developed through working with leading academics in the field of suicide prevention and supported by the British Transport Police, Network Rail and the wider rail industry.

By highlighting that suicidal thoughts can be temporary and interrupted with something as simple as a question, the campaign aims to give the public the tools to spot a potentially vulnerable person, start a conversation with them, and let them know support is available, including contacting Samaritans.

Dr Jay-Marie Mackenzie and Dr Jo Borrill in the Department of Psychology at the University of Westminster, together with collaborators from Middlesex University, were involved in the study behind the campaign, which sought to provide an understanding of why people might choose to end their lives in railway locations.

Researchers from the two universities jointly developed a survey to understand why people might choose these locations and analysed the results. The research team at the University of Westminster also conducted interviews with people who had made suicide attempts in railway locations or who had initially considered a railway location but had attempted suicide somewhere else.

Analysis of CCTV footage, capturing fatalities at railway and underground stations, was also carried out to establish any possible identifiable behaviour, leading up to people committing a suicide.  Media analysis helped identify the role that media, including social media, play in railway suicide.

Combining the findings from all parts of the project, the University of Westminster and Middlesex University came up with a number of recommendations to Network Rail, one of which was to encourage people to talk to each other at these locations, as it became evident that passengers can play a key role in suicide prevention by just starting a conversation.

The research study by the two universities, titled ‘Why do people take their lives on the railways in Great Britain?’ was published last year and the researchers were consulted on the campaign and its materials.

Learn more about studying Psychology at the University of Westminster.