Jean Seaton, Professor of Media History at the University of Westminster, and official historian of the BBC, has written an article on why George Orwell’s’ Nineteen Eighty-Four has soared to the top of the fiction charts after Kellyanne Conway used the phrase “alternative facts”. 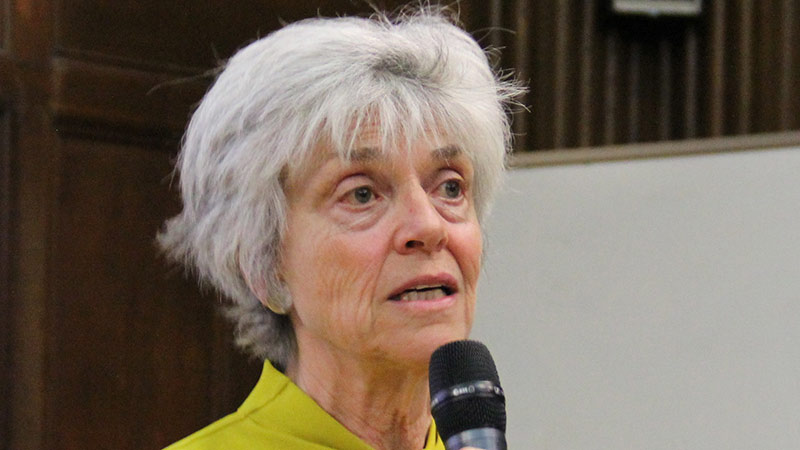 Professor Jean Seaton described the undeniable parallels between Orwell’s fictive world and the post-truth era we are currently living in. “What you had previously thought you read at a cool, intellectual distance (a great book about “over there”, somewhere in the past or future) now feels intimate, bitter and shocking” she said.

Continuing, Professor Seaton explained that several aspects of our current society could be reminiscent of the world of Nineteen Eighty-Four. The lies, about the crowd size at Trump’s presidency inauguration by the White House spokesman, or even, Michael Gove’s comment of Britain having “had enough of experts” may strangely echo with the techniques used by the Big Brother regime of Orwell’s society. Seaton added: “In Nineteen Eighty-Four, the elite, personified by O’Brien, foster and control this willingness to believe one thing one day, and one thing another. Now, it seems, the party itself may believe the lie.”

Seaton added: “then there is privacy – Orwell puts the diary and the private self at the heart of his writing. In 1984, keeping a diary is Winston’s first act of transgression. Orwell knew that authoritarian regimes want the heart and soul of people. His two-way telescreens predict social media. And we have, perhaps unwittingly, wandered into a world where feelings have never been more easily swayed: Trump summons them up personally and directly.”

According to Seaton, this new world does not seem to be a new phenomenon: “Trump adviser Kellyanne Conway’s “alternative facts” were foreshadowed by the George W Bush adviser who said in 2002 that the new American empire was “creating [its] own reality.”

Despite the undeniable parallels between Nineteen Eighty-Four’s world and our society, Seaton concluded by stating that Donald Trump may be different from Orwell’s character, O’Brien. While O’Brien “keeps Big Brother’s identity a mystery to keep control’, Trump seems to be “a cut-price version of Big Brother himself.” She added: “This Big Brother, with his direct Twitter relationship with his followers, is fully on show.”