Two short films produced by University of Westminster Television, Film and Moving Image students were selected by an industry panel for screening at The Film and TV Launchpad 2015. 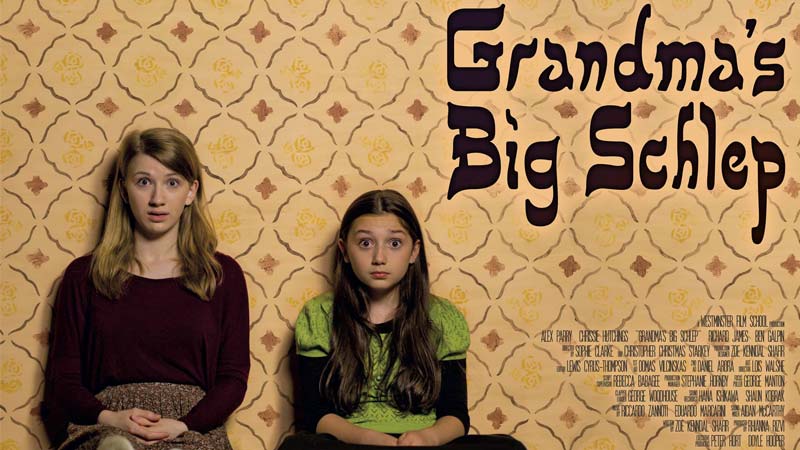 Grandma’s Big Schlep and Level were two of the seven short films whittled down from more than 40 entries, selected by a panel of programmers, filmmakers and educators.

Film BA Honours student Sophie Clarke was presented with the editing prize on the evening for coming of age comedy short Grandma’s Big Schlep, which she directed. Earlier last month Clarke’s film was also screened at BAFTA during the Westminster Graduation Showcase 2015. The editor for the film was fellow Westminster student Lewis Cyrus-Thompson.

Co-produced by Sheffield Doc/Fest, one of the world’s top documentary festivals, The Film and TV Launchpad brings together senior figures from the film and television industry and graduates of Creative Skillset Ticked courses, such as Westminster’s Film BA and Contemporary Media Practice BA Honours courses. The Film and TV Launchpad focussed on advising graduates how to get it made, get it seen and get paid.

Recent Westminster Contemporary Media Practice BA Honours graduate Rebecca Graham impressed the panel with her pitch during the ‘Live Pitch’ which took place on the same day, winning herself a £300 ticket to next year’s Sheffield Doc Fest.

"The opportunity to pitch in front of filmmakers and funders was a great opportunity to demonstrate all that Contemporary Media Practice has equipped me with as well as my own passion and ambition for my project 'Pride, Pole & Prejudice'. The feedback was excellent as well as the opportunity to meet industry practitioners. I look forward to all that Sheffield Doc Fest will offer next year," said Rebecca.

The event provided graduates with a chance to gain wisdom from industry professionals covering topics such as financing and pitching. Director and Producer Leslee Udwin whose credits include East is East and India’s Daughter, shared her experiences of how she entered the industry. The event schedule also featured contributions from a range of high profile companies and individuals from film and TV offering a cross section of specialist expertise from both industries.

The Creative Skillset Tick is a quality mark which identifies the degree courses that are best suited to prepare you for a career in the Creative Industries.

The University of Westminster’s Film BA and Contemporary Media Practice BA Honours is accredited by Creative Skillset, the Government-backed industry body for media and creative professions. The courses are taught within the Westminster School of Media, Arts and Design.