Stuart McNaughton, our lecturer in global markets at Westminster Business School, comments on the importance of having two cochlear implants, rather than just one, in an article for The Guardian. 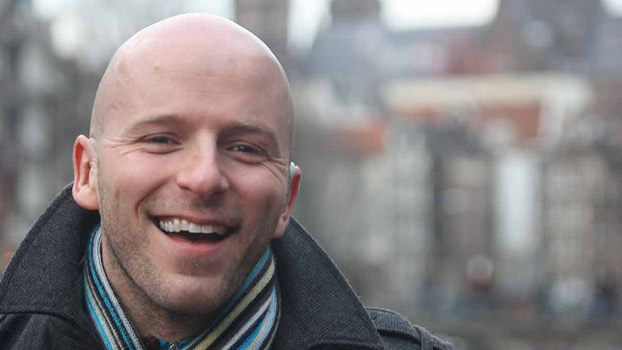 Diagnosed with auditory neuropathy spectrum disorder (ANSD), Stuart has written a fascinating and moving book, He is Not Me, about his life in the two different worlds of silence and sound.

Stuart's journey to hearing has been a very long one. When asked about the book's name, he tells us: “For more than 20 years, I lived between two worlds. When I look back, I feel as if I've had the opportunity to live in two different bodies, for I have certainly lived two very different lives. As my memory starts to fade in relation to my early years, I relate very little to the old me. In fact, I'm glad that he is not me anymore.”

According to The Guardian, at present time, the National Health Service (NHS) only provides adults with one implant but prioritises children, who are still developing, giving them a second one. This is because of a policy introduced in 2009 by the National Institute for Health and Care Excellence (Nice), which dictates that, while children should receive two implants as a matter of routine, adults are allowed only one – unless they have a second disability, such as blindness, that makes them more reliant on hearing.

Stuart says he pushed for two years for the NHS to give him the second one because he relies heavily on his implants for his work. He says: "because I teach, part of my livelihood is very dependent on my ear working and, you know, sometimes things go wrong and if the one ear that you've got goes wrong you lose your livelihood."

Read the full article on The Guardian website and find out more about Stuart's journey.