When sea temperatures rise, fish are more stressed which has a direct impact on their immune system and growth, new research led by the University of Westminster has found. 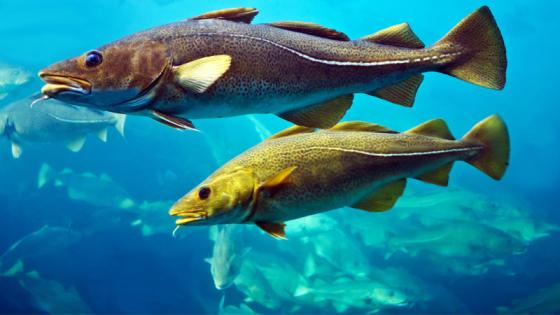 Dr Sigrun Lange, Senior Lecturer in Molecular Pathology, and her team assessed blood samples from cod that had been kept for 18 months at two different sea temperatures (4°C and 9°C), and found that certain markers analysed in the fish blood and genetic content that are indicative of health status and growth were adversely changed in response to the higher sea temperature.

They found that fish were less able to produce key cellular communication related to defence mechanisms against pathogens and stressors in higher temperatures. In addition, a genetic marker that has previously been shown to be predictive for growth rate in fish was also reduced.

The immune systems of different fish species are adapted to specific temperatures and corresponding pathogens like bacteria and parasites that live in those specific environmental conditions, therefore both cultured and wild fish are challenged by new and opportunistic bacteria, viruses and parasites due to changes in sea temperatures.

Their findings are critical in the face of climate change, as fisheries and aquaculture make vital contributions to food security as a direct protein source.

Speaking about the study findings, lead researcher Dr Sigrun Lange said: “These are ground-breaking findings as biomarkers in fish in relation to sea temperature changes are scarce and extremely valuable for the global aquaculture industry in relation to changing sea temperatures affecting wild fish due to global warming.

“The fact that such relatively small temperature changes over a period of time can lead to significant changes in measurable health and growth markers in fish is quite impressive and indicates that changes in sea temperature due to climate change may have major influences on wild fish stock. Furthermore, these newly identified markers may be useful as novel tools for health monitoring in aquaculture, which is both a major UK and global industry.”

Read the full paper in the peer-reviewed journal Science Direct.