Radio Production graduate Jamie Wareham has been named Employee of the Month at Gay Star News for his work on the investigative Chemsex series. 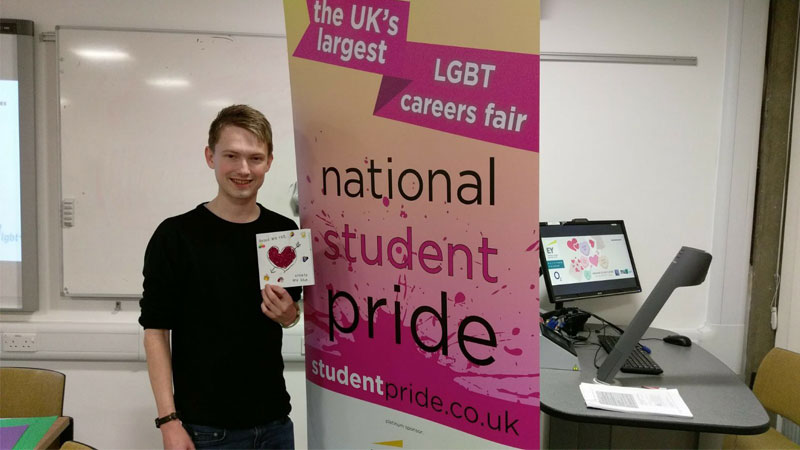 Gay Star News is a global news, entertainment and features site that champions and empowers LGBTI people around the world.

Jamie and his team led a global survey to look at the practice, the risks of the new drugs being used on the scene and revealed a huge rise in sexual assault which is becoming a large part of the 'party and play' scene.

The series included a dedicated website with news articles, interviews, support features and videos about the topic.

Jamie also won the Volunteer of the Year award for his time and contribution to the National Student Pride and to the LGBT Society at the University.

Speaking about his time at the University, he said: “I can thank the University of Westminster for every job I've had in my career so far. It's because of the contacts I made while at the University and their connections to National Student Pride that I have my job today. That's what I always say to people about the value of the media courses at Westminster, beyond teaching you some vital skills - the connections they have, opened so many doors. I got my job at AudioBoom off the back of my tutor sending my dissertation to their COO too.

“Now my job as Young Voices editor allows me to tell stories that empower young LGBTI people around the world - something that gives me energy to come into work every day”, he added.

Find out more about the Radio and Digital Production BA Honours course at the University of Westminster.