Professor Marco Roscini participates in nuclear workshop at the UN

On 10 March 2017, Marco Roscini, Professor of International Law at Westminster Law School, participated in a workshop as an invited expert at the United Nations (UN) in Geneva. 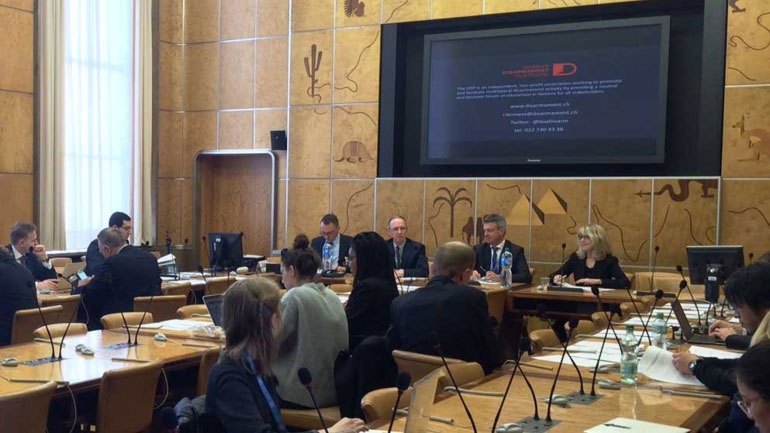 The workshop, which was organised by the Geneva Disarmament Platform and the Geneva Centre for Security Policy (GCSP) to support the upcoming negotiations for a nuclear-ban treaty at the UN, was attended by diplomats and civil society organisations.

Ambassador Patricia O'Brien, Permanent Representative of Ireland to the UN in Geneva, highlighted the importance of focused discussions and exchanging views to help governments and civil society to prepare for the negotiations of a treaty prohibiting nuclear weapons. She emphasised that expert input and knowledge-sharing could ensure that the outcome of the conference was an effective and meaningful legal instrument.

Marc Finaud, Senior Programme Advisor at the GCSP, explained that the meeting was the second in a series of three informal discussions aimed at assisting governments and civil society with preparing for the negotiation of the prohibition treaty, by examining some of the tricky questions that are likely to emerge.

Professor Marco Roscini then introduced the topic of withdrawal in arms-prohibition treaties. He explained that withdrawal is regulated in the 1969 Vienna Convention on the Law of Treaties and presented possible formulations for withdrawal provisions. The presentation was followed by an open discussion.