Professor Jean Seaton, Professor of Media History in Westminster’s Communication and Media Research Institute (CAMRI), has been appointed Associate of the Institute for the Public Understanding of War and Conflict in the Imperial War Museum (IWM), launched in June 2018. 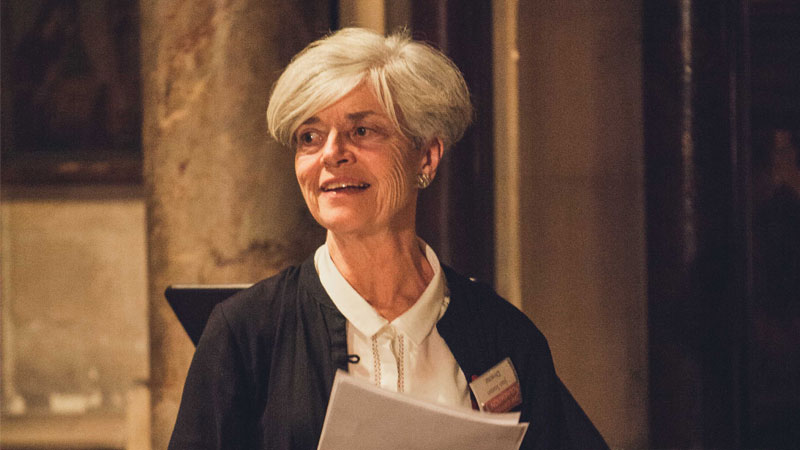 The project aims to draw experts in arts, culture, academia, policy and the charity sector and combine them with insights from related sectors over a two-year pilot. Including research, academic partnerships, personalised digital content and public programming, the institute will help make sense of today’s conflicts by drawing connections between past wars and the contemporary world.

In the last two years, the IWM in London and in Manchester have held ‘Syria: A Conflict Explored’, providing visitors with a better understanding of the complex ongoing conflict, believed to be the first conflict widely screened on YouTube. The pilot includes similar challenging themes, including the Holocaust, refugees and displacement, sexual violence as a weapon of war and the role of social media in conflict.

The institute wants to explore these themes in partnership with different universities, in response to a desire for a physical connection from the public to really understand the story of the world we live in today and its historical context is a key insight.

As an IWM Associate, Professor Seaton will support the development of fresh and creative approaches to public engagement with war and conflict. She has participated widely in projects that explore the role of the media in several historical, political and cultural matters, including being a co-investigator on the IWM’s research project ‘Listening to the World’ from 2015-2016, which studied the academic potential of BBC Monitoring transcripts.

Some of the activities included in the pilot are research projects and programming outputs that will enable digital innovation embodied in ‘Making a New World’, a season of exhibitions and programming exploring how the First World War has shaped the society we live in today through immersive digital experiences.

Talking about her appointment, Professor Seaton said: “I am really excited, and honoured to be part of the IWM's new institute. Helping the public understand wars and conflicts - and our responses to them, which are multi-faceted, from sophisticated infrastructural aid to how the army is evolving, to propaganda and its impact are so important. I look forward to working with the expert, principled and imaginative IWM teams of curators and researchers to help reach out to new audiences and new ways of thinking.”

In addition, Professor Seaton wrote Carnage and the Media in 2005, which focuses on the reporting of violence and the relationship between news-makers and news watchers. In 2015, her book, Pinkoes and Traitors: the BBC and the Nation 1974-87, was published, discussing the reporting of the Falkland’s War and the Troubles in Northern Ireland.