The Centre for the Study of the Production of the Built Environment (ProBE) has been producing several publications and seminars since last year. 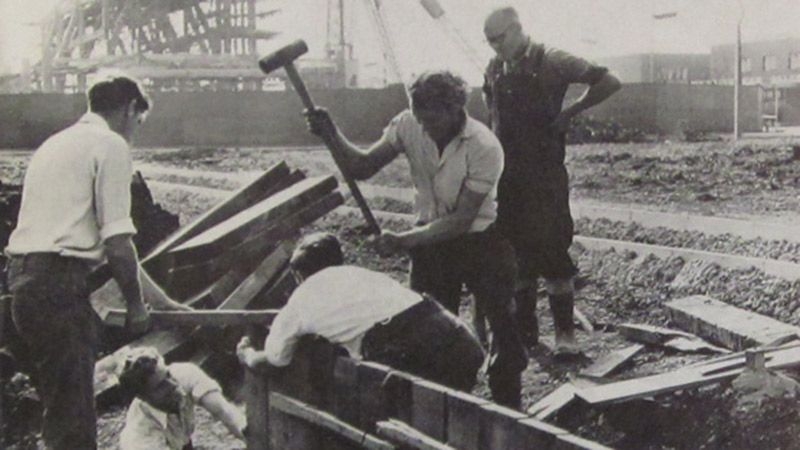 ProBE members have been busy over the past year on various fronts, particularly in the development of research on:

As a result, a number of research proposals are well advanced for submission later this year. One notable success has been the partnership with York University in Toronto, Canada, for the Adapting Canadian Workplaces programme, which includes a large Canadian Social Sciences and Humanities Research Council project in which ProBE will focus on VET4LEC (vocational education and training for low energy construction).

Another is the growing collaboration with the Thames Tideway Tunnel project on raising the bar for the representation of women in the construction workforce. Finally, ProBE has been working in a project in collaboration with the National Theatre to find some of the men who worked on its construction, in particular the Sikh carpenters, and record their oral histories.

Currently, two large European proposals are under development, one on VET4LEC and another on women in construction, as well as a Leverhulme project on those involved in building social housing in the 1970s and an Arts and Humanities Research Council proposal on concrete architecture and labour in the 1960s. Another very large proposal, Scaling for Retrofit to the Technology Strategy Board, led by Building Research Establishment, was withdrawn.

To complement these research developments, ProBE has organised a number of seminars with leading experts, each well-attended, with lively and open discussions, including:

ProBE members have continued to publish widely, with some notable successes, including the 4* publication: Clarke L, Winch C and Brockmann M (2013) ‘Trade-based skills versus Occupational Capacity: the example of bricklaying in Europe’, Work, Employment and Society, December, 27(6), pp932-51.

Other publications have included:

In addition, ProBE members have attended and presented papers at a number of conferences including:

Anyone interested in working with us in ProBE is more than welcome. Please email Linda Clarke at [email protected] if you're interested in joining us.