Politics of Translation event opens up a lively debate

On 14 December the Poetry Translation Centre, alongside the University of Westminster's Departments of Politics and International Relations and Modern Languages and Cultures, hosted a panel discussion on the Politics of Translation. 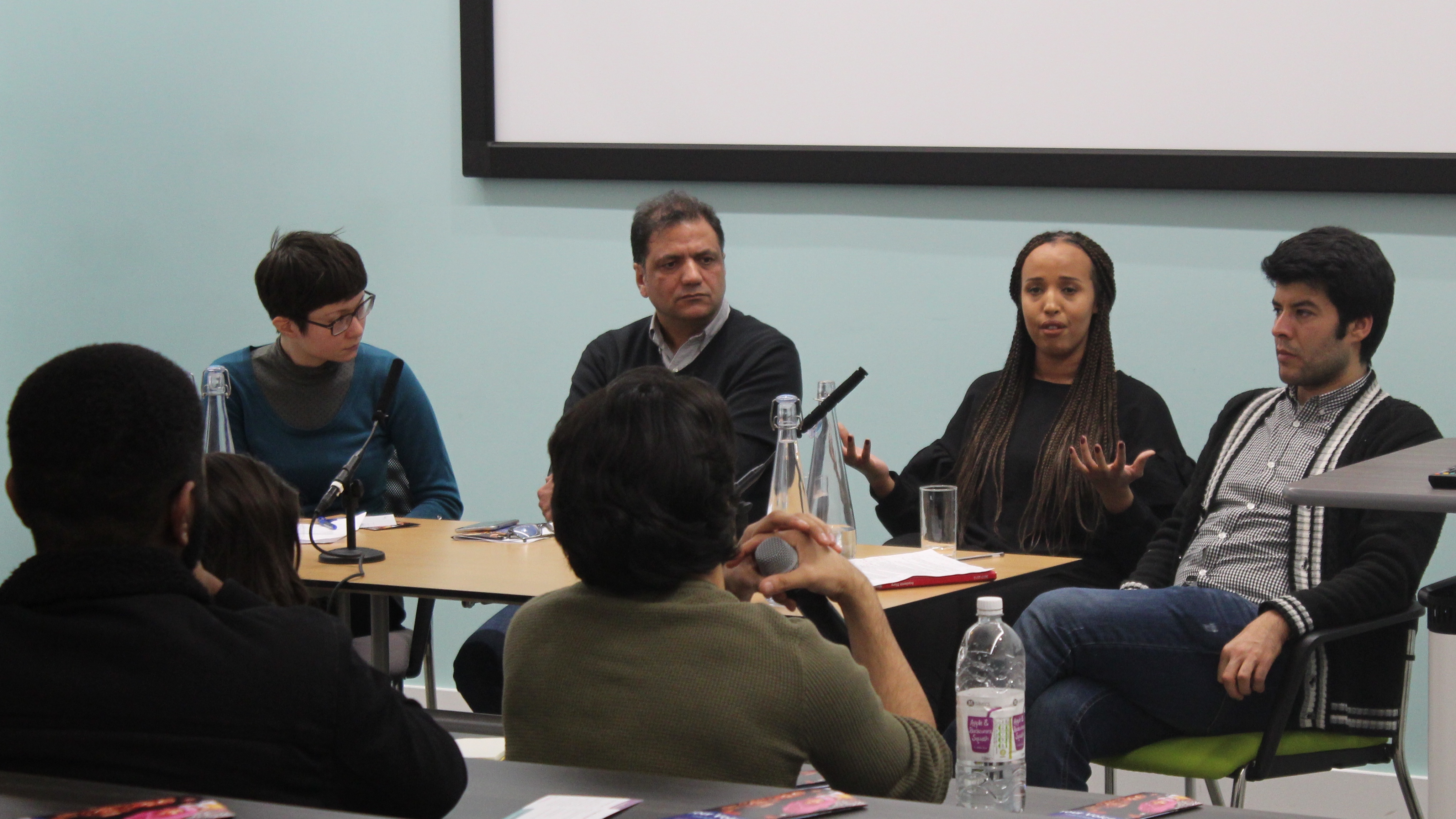 The panel for the discussion included poet and writer Hanna Ali, translator and poet, Alireza Abiz and lecturer and translator, Atef Alshaer. We were very pleased to have panel members with such diverse perspectives and expert insight into the history of translation, its literary significance for both the West and the East and also an understanding of its ability to communicate culture. The discussion was fuelled by a keenly engaged audience that sought to unpack translation as a political concept and many key questions about its use in contemporary times.

One audience member spoke about the power of literature to re-humanise cultures, with translation having the potential, if used correctly, to re-humanise other communities, allowing us to understand them through humanist notions like family and psychology as opposed to dry accounts fixated on dates, figures and political history.

The night both began and ended with powerful spoken word performances from Usaama Minhas and Marika Mckennell, both using their poems to encapsulate many of the topics explored on the evening. Marika ended the night with a poem exploring dominant discourse on slang, asserting that we must view it as an inventive use of the English language. She stated that "All slang is metaphor and metaphor is poetry": a wonderful way to bring this insightful discussion to a close.

Aisha Hanif, a third year BA Politics and International Relations student who attended, said: "The discussion and spoken word performance surrounding the politics of translation were both inspiring and thought-provoking. It shed light on issues such as the struggle for identity and trying to preserve one’s language, culture and heritage. The spoken word pieces were profound enough to silence the room and they resonated deeply with many in the audience. The poets, Marika and Usama, touched upon their own experience of struggling with their identity and sincerely highlighted how they dealt with these challenges respectively.

"One particular quote that stood out to me during the performance was: 'to be colonised is to be blind, how do we un-colonise our minds?' This exposes the challenges faced by diaspora communities, particularly when a euro-centric perspective has always resided, and it shows that under-represented cultures, particularly non-western ones, must take a stand to voice their ideas, poetry and literature in a pure, unadulterated sense.

"Hana, Atef and Alireza drew upon their experiences of translation from Somali, Palestinian and Persian literature respectively and how meanings can get lost in translation and therefore it is essential for poetry to be translated in the most authentic way possible, in order to preserve its true meaning and message.

"The event was incredibly enlightening and I look forward to attending more events like this one."